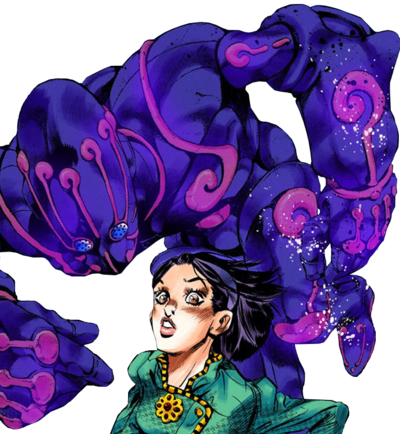 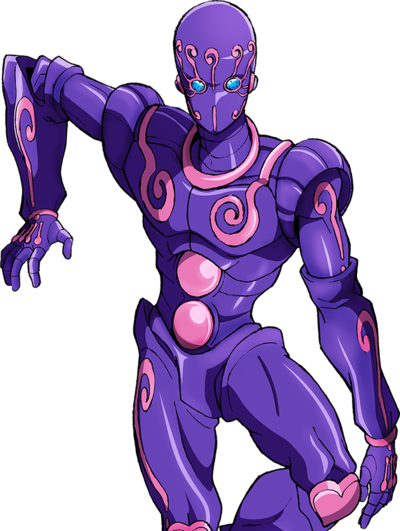 Enigma (エニグマ, Eniguma) is the Stand of Terunosuke Miyamoto, featured in the fourth part of the JoJo's Bizarre Adventure series, Diamond is Unbreakable.

It has the ability to seal objects and people into pieces of paper through visual symptoms of fear.

When its ability is activated, part of the object is literally transformed into paper and the rest of it is slowly but inexorably absorbed.[4] Once transformed, Terunosuke must keep the paper folded to keep the item inside but is free to unfold it later whenever he needs the trapped object or person released. Anyone is free to release something by unfolding the piece of paper.

Araki holding Sky and Water I by M. C. Escher.