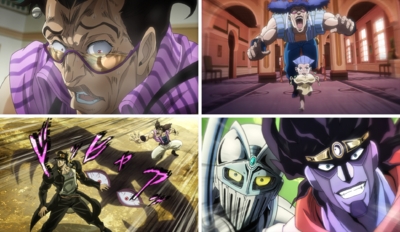 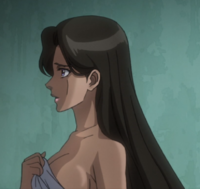 Like in the manga, there's this homage to The Shining, a psychological horror style film. But with Alessi's personality, most of the scenes can also be viewed in a funny point of view. The balance between horror and comedy is truly astounding, and it reminded me how fascinating a medium JoJo can be.