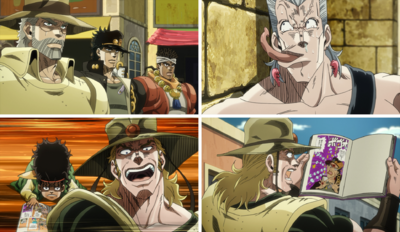 Hol Horse and Boingo, Part 2 (ホル·ホースとボインゴ その2, Horu Hōsu to Boingo Sono 2)[1] is the thirty-seventh episode of Stardust Crusaders, the thirteenth episode of the Egypt Arc, and the sixty-third episode of the JoJo's Bizarre Adventure anime. It covers most of Chapter 219 through Chapter 221 of the manga.

Hol Horse and Boingo's ordeal continues. After following Tohth's predictions, Hol Horse doesn't know what to do as he's stuck his fingers inside of Polnareff's nose and the rest of the Joestar Group approaches. 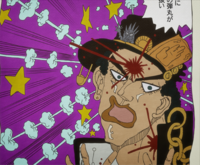