Several years after the events of Part 2, a group of treasure hunters retrieves a coffin from the water off the coast of Africa with the name DIO written on it. Some time later, the boat is discovered by the Speedwagon Foundation void of its passengers, though the coffin had been found empty. 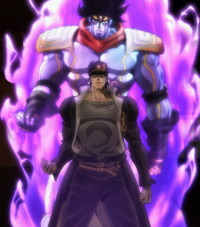 In the year 1987, 17-year-old delinquent, Jotaro Kujo, grandson of Joseph Joestar, is sent to prison after beating up three armed men and a trained boxer. Despite Holy's insistence, he refuses to leave, claiming that he is possessed by an evil spirit. To demonstrate, he takes a prison guard's gun and shoots himself in the head, but the bullet is stopped by a mysterious floating arm that only he and his mother can see. Holy mentions that his grandfather also possessed similar powers. Joseph arrives in Japan with a mysterious partner and is greeted by Holy. The three head to the prison, where Joseph confronts Jotaro and asks him to leave the jail cell. Jotaro refuses at first due to his "evil spirit" and takes the pinky off Joseph's prosthetic hand. Joseph reveals his partner to be an Egyptian fortune teller by the name of Muhammad Avdol, whom also reveals a spirit of his own. Avdol's spirit manifests itself as a humanoid with a bird-like head and the ability to produce flames. The spirit launches a projectile of flames causing Jotaro to get pinned against the back wall of the jail cell. Having no other choice, Jotaro releases his own spirit and briefly engages Avdol, but not before the latter halts the fight after pointing out that he had accomplished his goal of removing Jotaro from the cell.

The group leaves the prison and, at a local cafe, Joseph demonstrates using his Stand, Hermit Purple by creating an image of DIO by smashing a camera. He tells the group that the sudden appearance of their strange manifestations had erupted from the recent resurrection of the Joestar arch-nemesis, Dio Brando, who is now referred to simply as DIO. Joseph also reveals that this link is due to the fact DIO had managed to take over Jonathan's body. But nonetheless, Jotaro barely believes Joseph’s story, even with the proof he had made. Somewhere else, DIO lies in the shadows fully aware that the group had been watching him with Joseph's Stand. DIO walks off mentioning that while this may be fate, he had already prepared to take care of the Joestars. 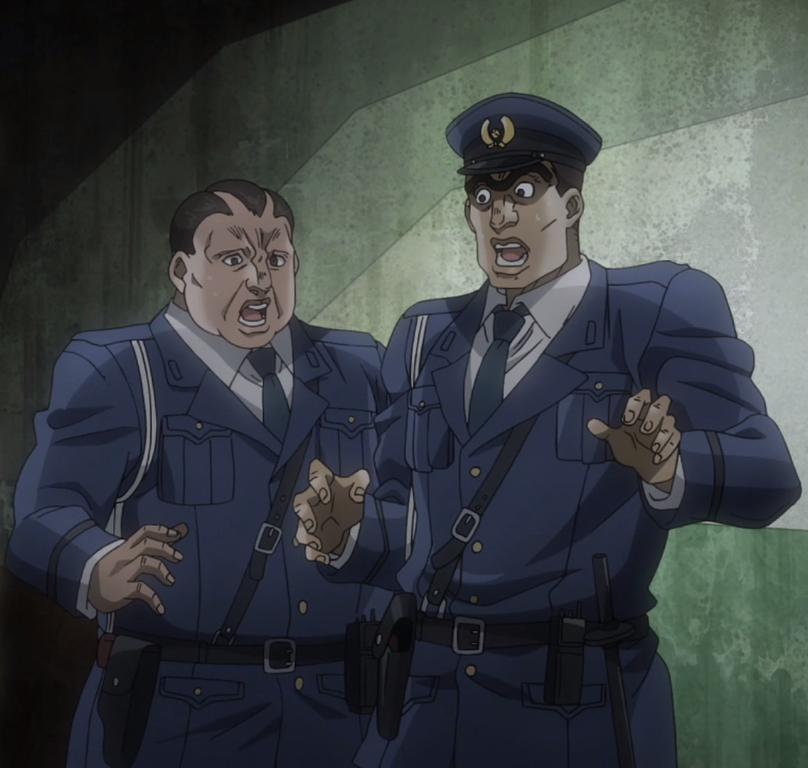