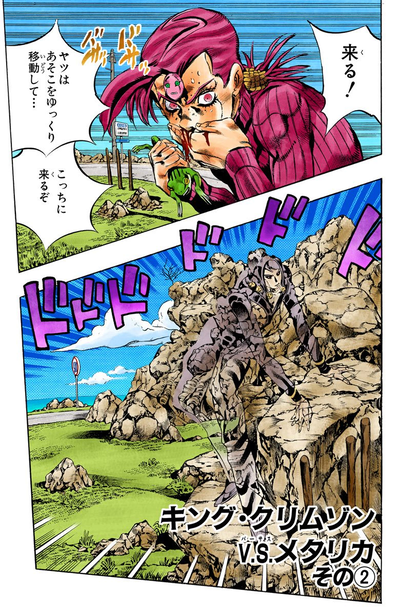 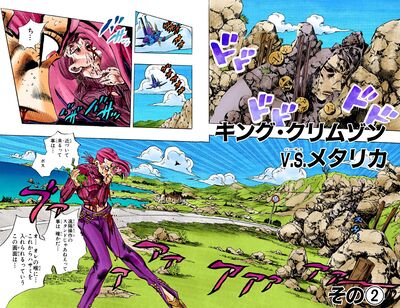 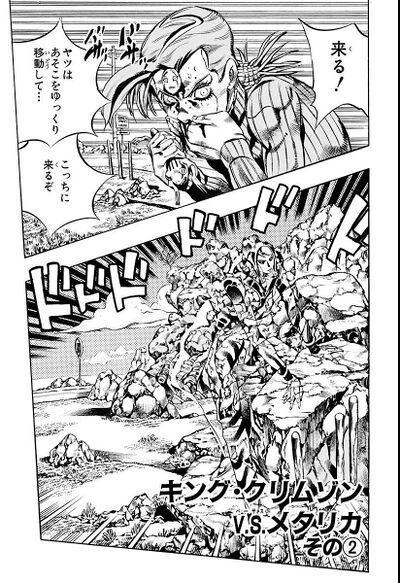 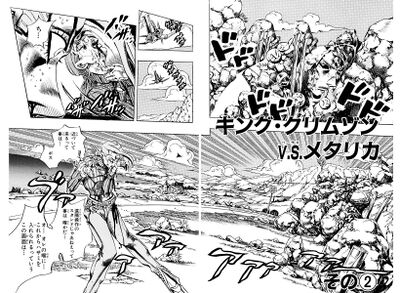 Doppio then swiftly extracts the scissors from his throat, but loses track of Risotto in the process. A breathless Doppio then has another vision, foreseeing that he will lose one foot. Informing the Boss of it with a frog, the Boss urges Doppio to flee. However, Doppio keeps his position, claiming to have an understanding of Risotto's Stand.

King Crimson throws the scissors in the general direction of a frog which has razor blades appearing inside it and cuts Risotto's foot. Doppio has deduced from the frog and his breathlessness that the assassin's power is to manipulate the iron within living organisms, and that the foot in his vision belonged to Risotto.