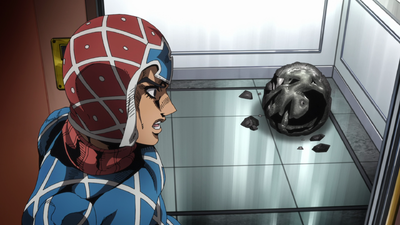 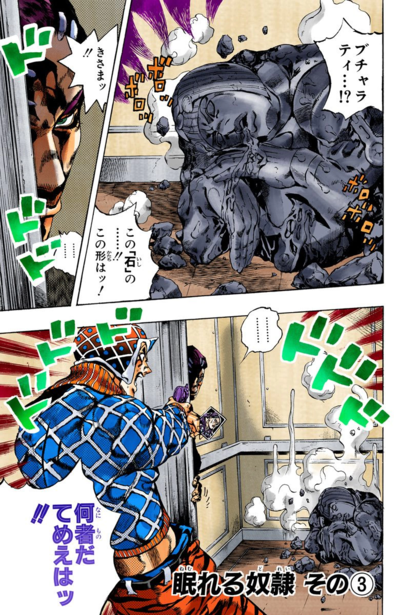 Set right before the events of the meeting between Giorno and Bucciarati, it narrates the investigation of a woman's death by Mista and his attempt to save Bucciarati from Scolippi's Rolling Stones.

Set before the events of Bucciarati's Coming, the epilogue focuses on Bucciarati and the others helping the owner of a flower store uncover the truth behind his daughter's death.

Mista and Bucciarati go investigate the suspected murderer, and Mista notices a round stone following Bucciarati. Confronting Scolippi, the sculptor reveals that his Rolling Stone will reveal its target's death to them, and that the only way to stop it is to destroy it. Mista succeeds, but the remaining dust shapes itself into Bucciarati, Abbacchio, and Narancia, revealing that they were fated to die during their journey, as they do.

Back to the present, Trish and Mista happily go to the Colosseum, having forged a new friendship. Behind them, Giorno hides the Arrow head inside Coco Jumbo's body.

Vento Aureo closes with Giorno performing as the new gang Boss as several men bow before him and embrace his hand, while Mista stands by.[1]