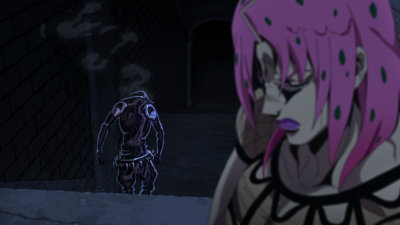 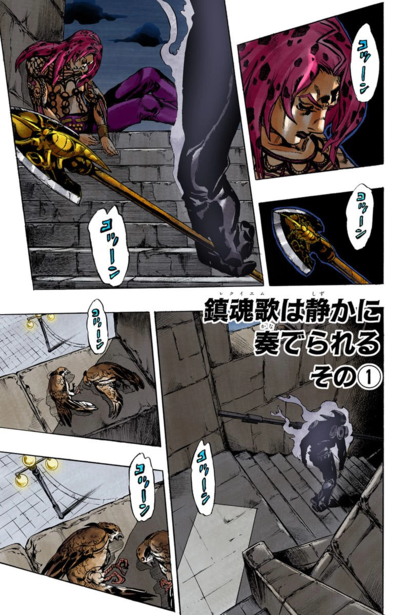 In the streets King Crimson discreetly sabotages, Mista's pistol having been destroyed, and the pursuit is made all the more urgent as everyone suffers a forced evolution.[1]