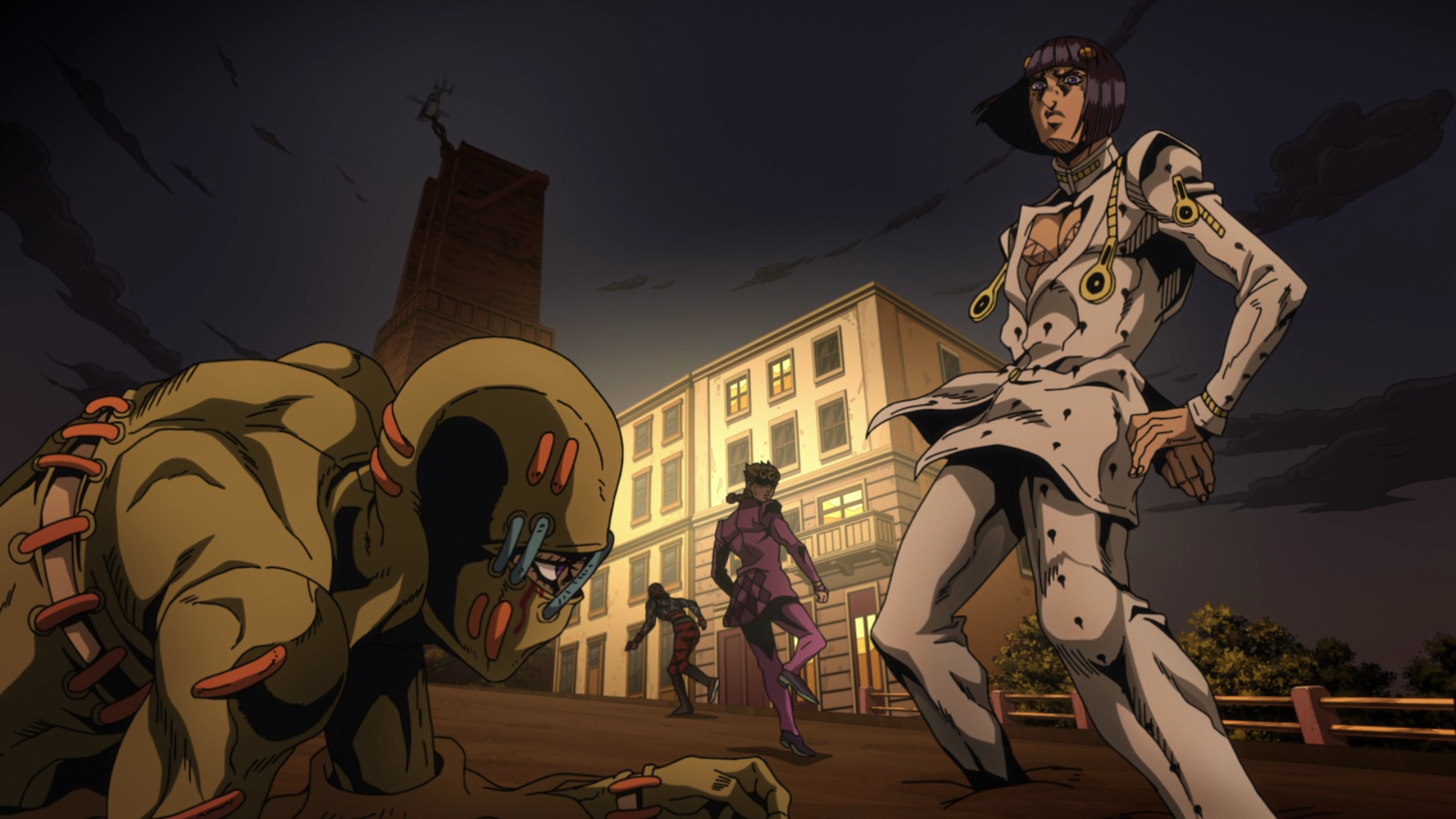 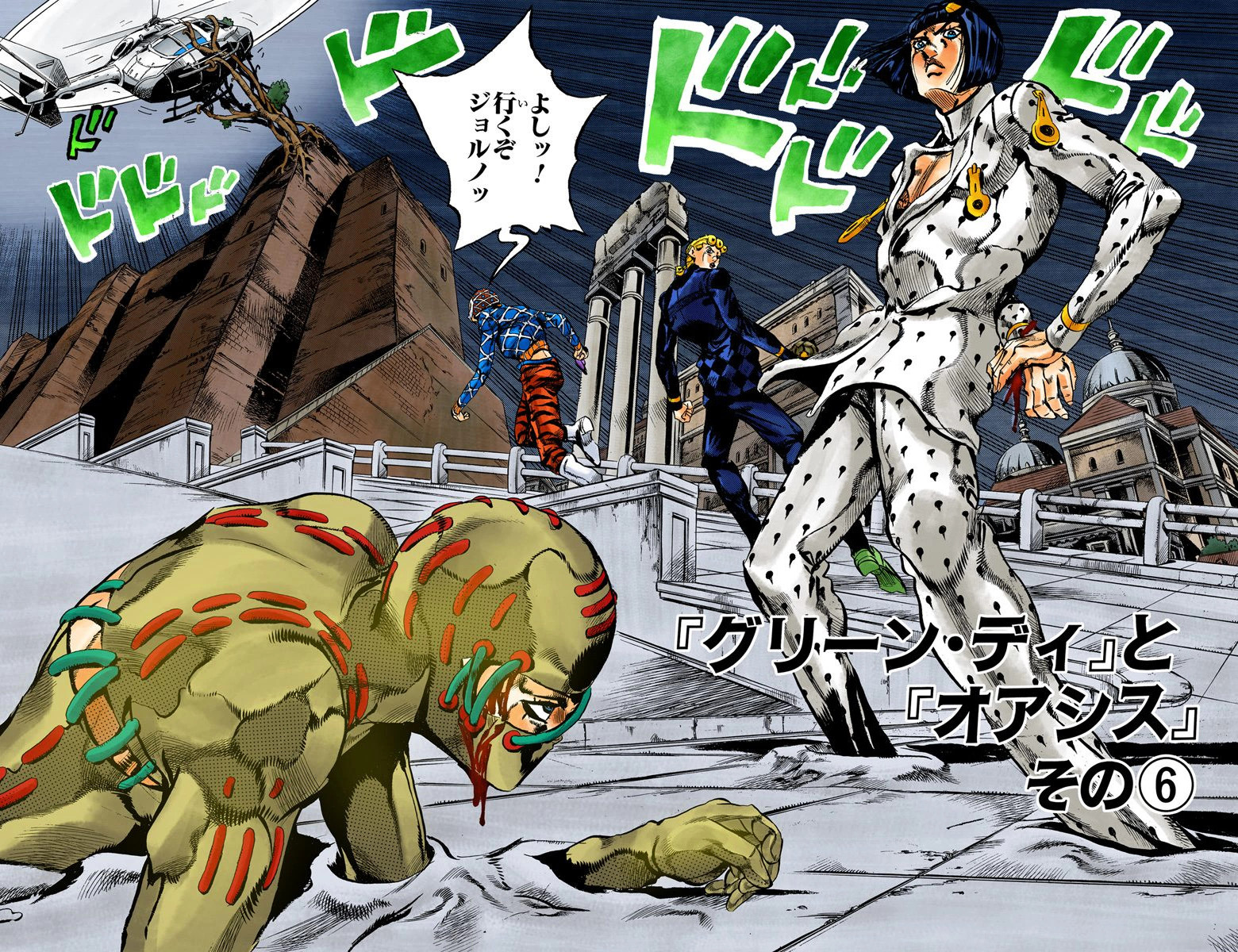 It narrates Team Bucciarati's arduous attempt to escape the duo of Passione Stand Users Cioccolata and Secco, and the simultaneous battles between Giorno and Mista against Cioccolata and Bucciarati against Secco.

Bucciarati and Mista have difficulty escaping from Secco's Oasis ability which allows him to liquefy the ground. However, Bucciarati exploits his immunity to Green Day's mold and punches Secco away. With Secco out of the way, they manage to steal a car and drive toward Rome.

The gang realizes that Cioccolata's Green Day has spread its mold into Rome. They are forced to get out of the car when Cioccolata starts attacking them in a helicopter while Secco dives into the streets to fight them head on. Giorno and Mista immobilize the helicopter with their Stands and go confront the mad doctor while Bucciarati handles Secco.

Giorno and Mista enter the helicopter only to see that Cioccolata is nowhere to be seen. Mista fires Sex Pistols but he nearly dies after Cioccolata attacks them. After a long clash, Giorno finally manages to kill Cioccolata. However, Cioccolata heard that the gang is headed toward the Colosseum to obtain an unstoppable power, and informs Secco upon his death.

Meanwhile, Bucciarati is physically outclassed by Secco and their fight becomes a race toward the Colosseum. The third party who previously contacted Team Bucciarati is eventually revealed to be Jean Pierre Polnareff. Bucciarati deafens Secco by bursting his eardrums, which cripples his fighting ability. Secco is forced to take an unwitting Doppio hostage. Bucciarati promptly defeats and kills Secco.

Not knowing who Doppio is, Bucciarati tells him that he's headed to the Colosseum, piquing Doppio's interest.[1]