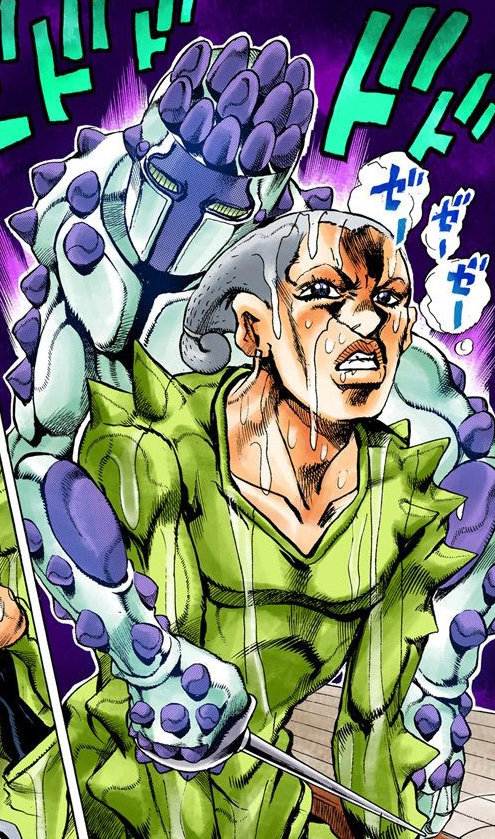 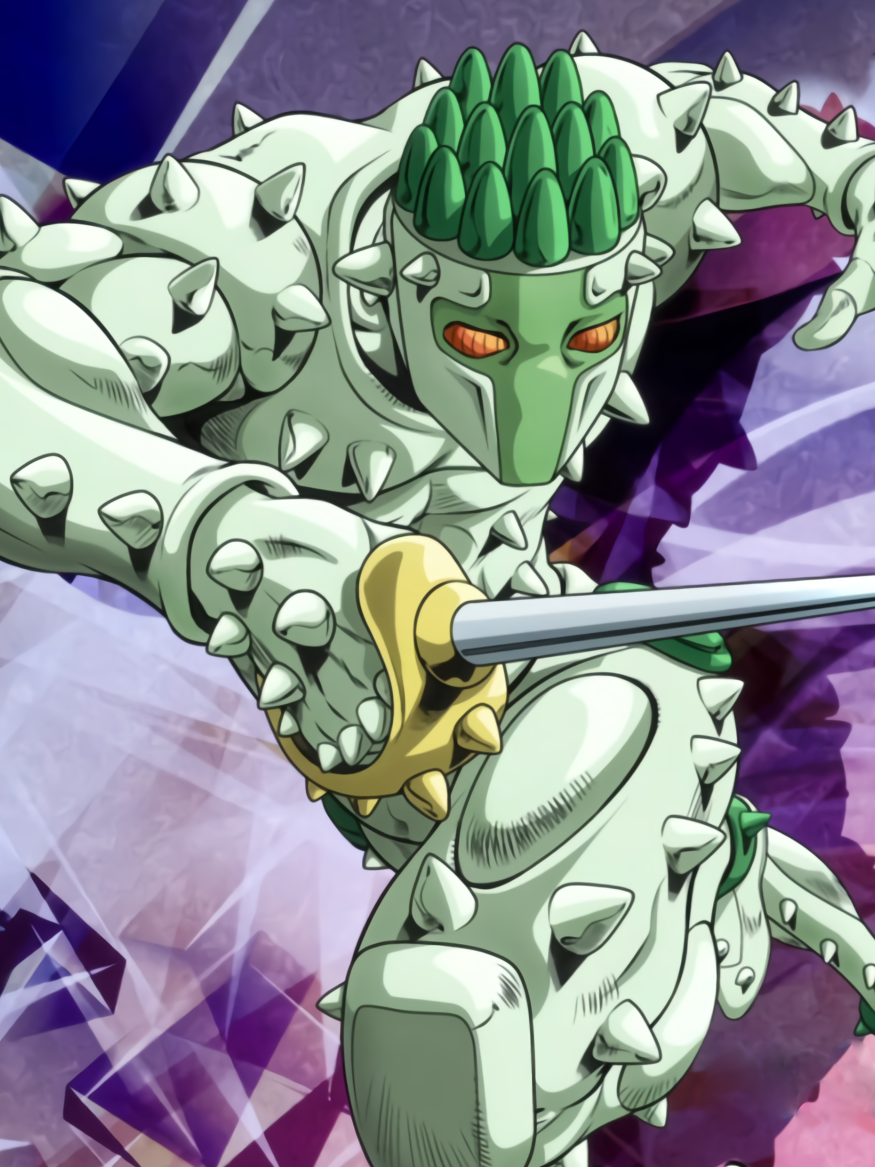 Destructive Power
A
Speed
C
Range
E
Stamina
A
Precision
D
Developmental Potential
E
A
B
C
D
E
A: Very Good
B: Good
C: Average
D: Poor
E: Very Poor
“
You covered our yacht with another yacht like a thin veil... and hid yourself in there!
”
—Bruno Bucciarati, Chapter 461: Moody Blues Strikes Back, Part 2

By stabbing an individual or object with its rapier, it can deflate them as if they were a balloon and pull them into extremely small spaces. 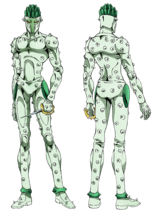 Soft Machine is an armored humanoid figure with robotic eyes and no visible mouth or nose. Most of its entire body is covered in a series of large spiked nubs, with bullet-shaped objects protruding from the top of its head. Araki notes this design choice was made to differentiate it from Kraft Work.[1] In its right hand, the Stand holds a short, dagger-like rapier that is utilized for its ability.

The series is known for alternating colors between media, the information presented below may or may not be canon.
Body
(White tinted-turquoise with purple decorations, spikes, and face.)
Eyes(Yellow-green)
Rapier(Silver with purple spikes)
Body
(White tinted-green with green decorations and head spikes, and light green face.)
Eyes(Orange)
Rapier(Silver with gold handle)

As it only needs one stab to completely disable its victims, Soft Machine's puzzling ability makes it particularly effective in an ambush. The Stand's range, however, is notably lacking making it ill-equipped to fight out in the open.[1] Its only notable feature is that it is equipped with a short rapier that can act like a normal weapon if need be. With its sword, Soft Machine managed to scratch Moody Blues' hand.[2]

Soft Machine is capable of literally deflating people (including its own User)[1] and objects by stabbing them with its small rapier.[3]

Deflated people and objects have 'air' visibly escape from the puncture in their bodies and eventually become deflated, limp and rubbery, akin to a condom (as described by Bucciarati).[2] Those effected by the Stand will also have their clothes deflated in a similar fashion and will be rendered unconscious due to asphyxia.[1] Victims are kept alive, but will not regain consciousness until the effects of the ability are cancelled.[2]

The deflated victims can then be pulled through small spaces, such as pipes, often by means of stretching them out. Among the best examples of the ability's usage is when Soft Machine covered a ship with the deflated version of an identical ship, allowing its user to hide between the two layers and stay undetected.[4]