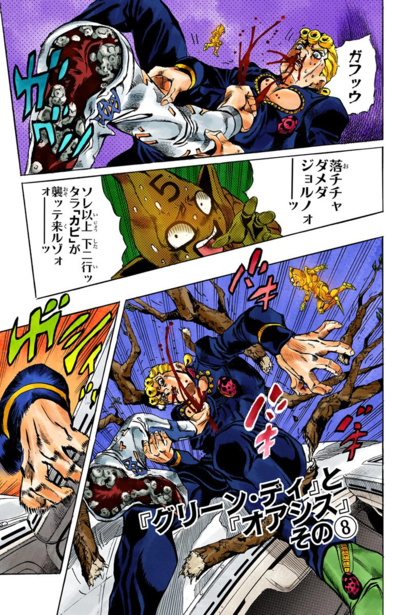 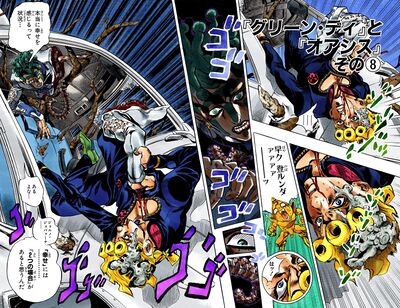 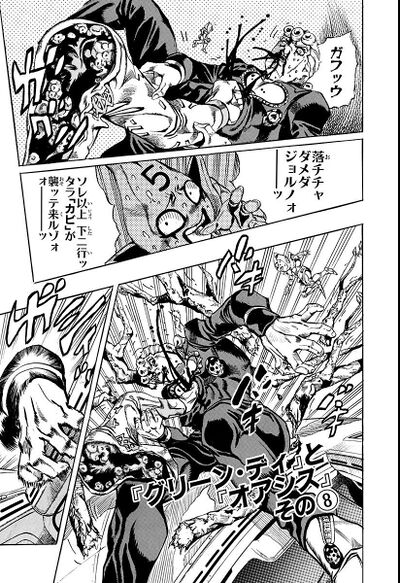 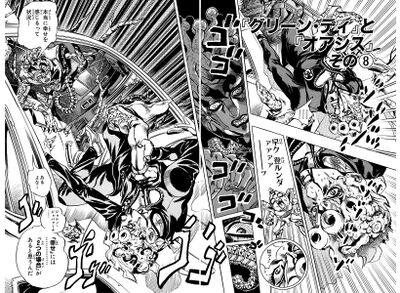 Giorno almost falls from the helicopter, but manages to find a grip. Meanwhile, Cioccolata explains that two things make him happy: the first being when despair changes into hope, notably when he was despairing inside the helicopter but hope appeared within him. Giorno tries to climb back to the helicopter only for Cioccolata's leg to kick him away.

Cioccolata says that the second thing that overjoys him is to see a despairing person. N.5 intervenes by pushing a bullet throught Giorno's hand thus it transforms into a tree branch and saves Giorno. As he rushes toward the enemy, Cioccolata retaliates by pushing the helicopter handle, inclining it forward thus lowering the branch which is consumed by the mold and collapses.

Giorno falls, but kicks a small part of the branch above Cioccolata; since the life form it was has been destroyed, the small branch reverts into a speeding bullet. The bullet dives into the surgeon's skull, disabling Green Day at the same time.