Man in the Mirror and Purple Haze, Part 7 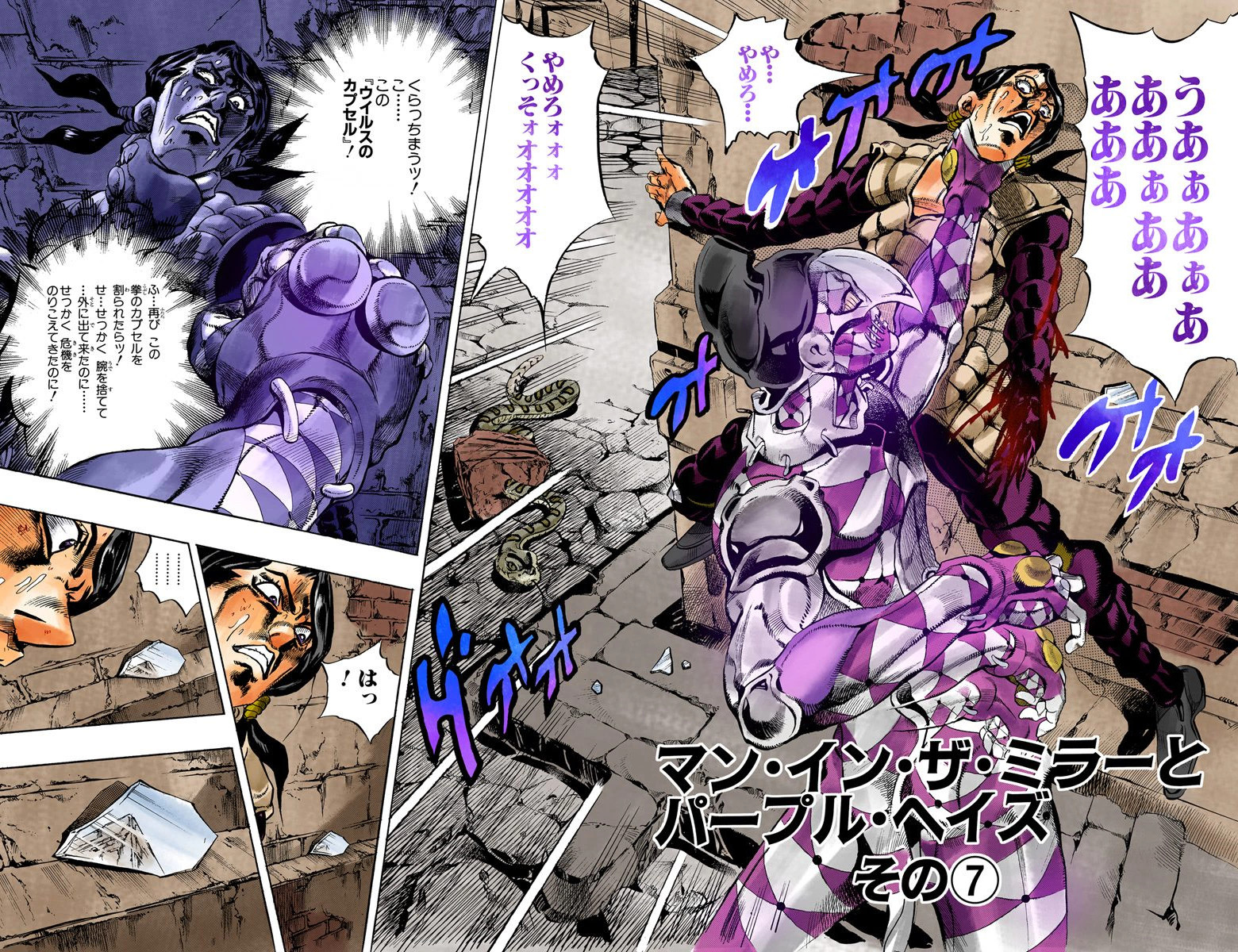 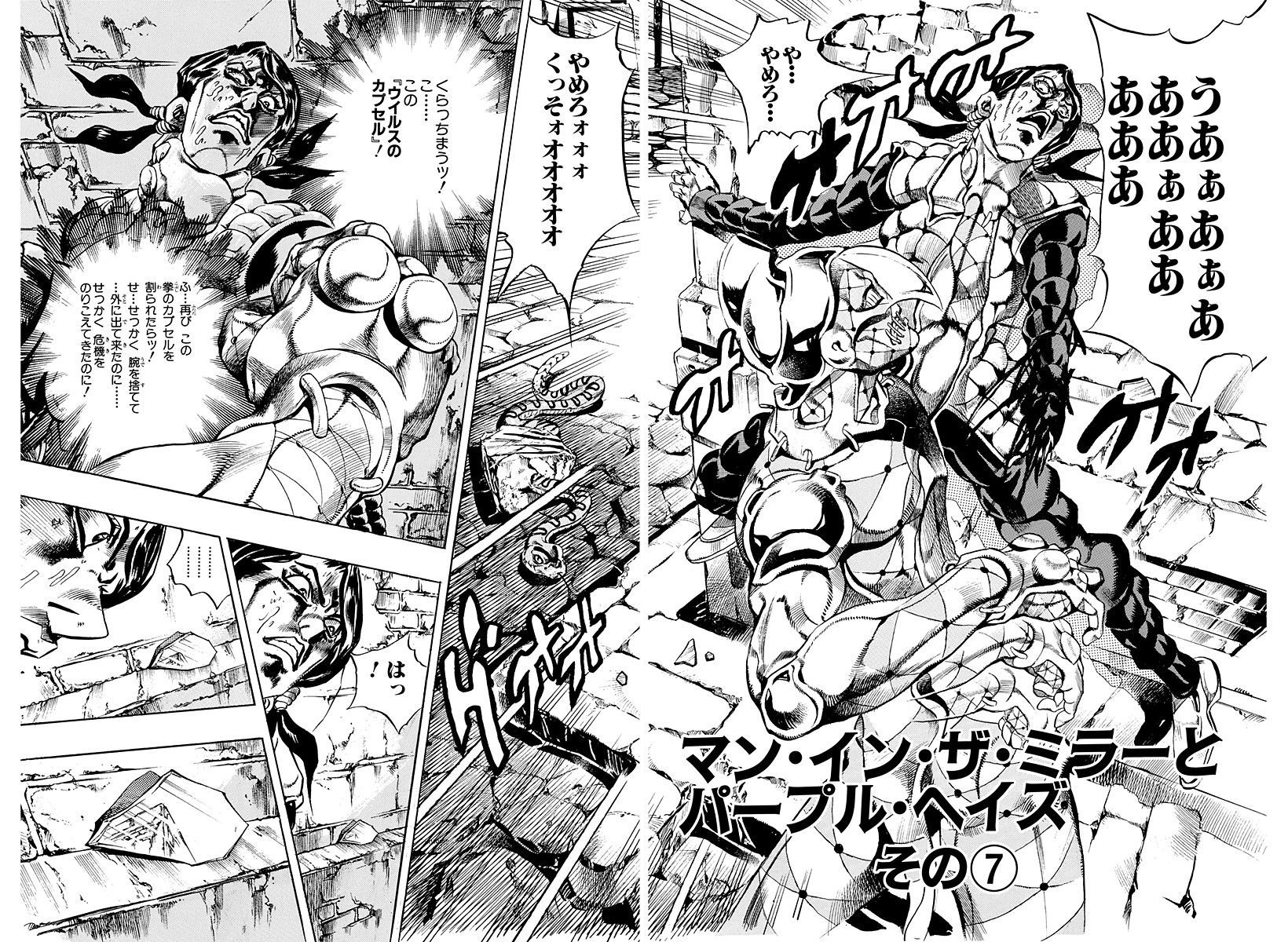 Man in the Mirror and Purple Haze, Part 7 (マン・イン・ザ・ミラーとパープル・ヘイズ その⑦, Man In Za Mirā to Pāpuru Heizu Sono 7), originally Take It! (くらわせろ！, Kurawasero!) in the WSJ release, is the forty-sixth chapter of Vento Aureo and the four hundred eighty-fifth chapter of the JoJo's Bizarre Adventure manga.

Purple Haze holds Illuso by the neck, preparing to end his life. Illuso, in a panic, looks around and finds a small glass shard nearby. Purple Haze punches him, but Illuso stops the deadly fist with his Man in the Mirror. However, Purple Haze had released one of its capsules, hitting a wall next to Illuso and breaking. As Illuso's face begins to melt, Purple Haze finishes him off with a barrage of fists.

Illuso is dead, returning Fugo, Giorno, and Abbacchio to the real world. The virus continues to run through Giorno, and will soon kill him. To prevent this, Giorno created a snake from a brick close to where Purple Haze's capsule broke, and used its blood as a vaccine. Fugo realizes how amazing and trustworthy Giorno truly is, and proclaims his respect for him. Giorno refuses to accept Fugo's respect, believing that Abbacchio is the one who actually deserves it. By sacrificing his hand, Abbacchio has secured the success of this mission.

(Death)
Man in the Mirror