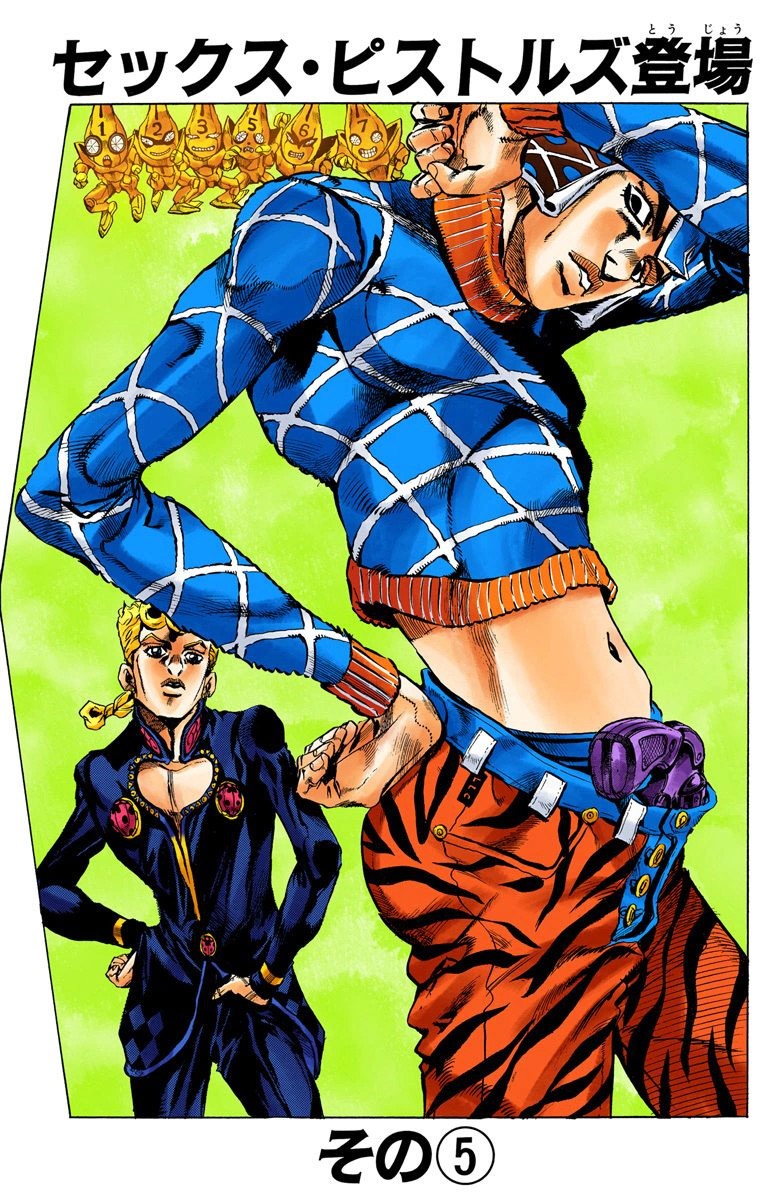 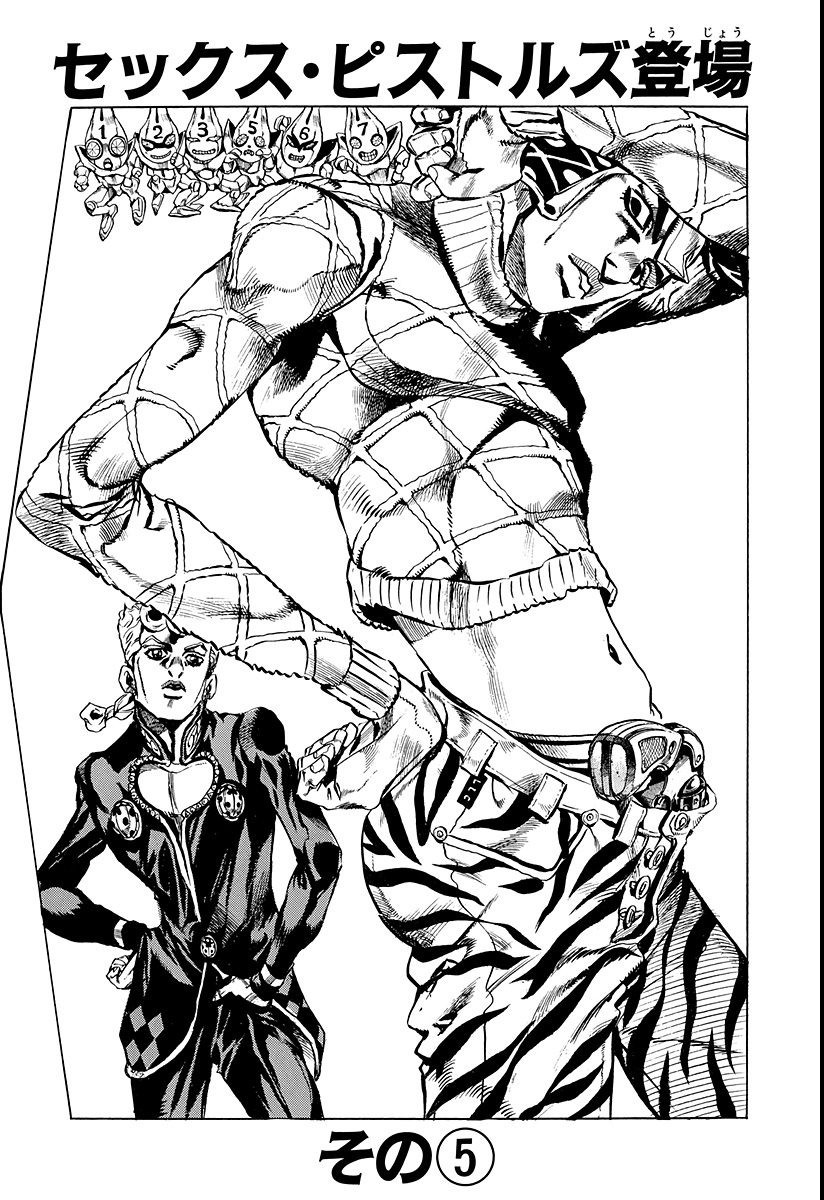 He releases the bullet, hitting Mista in the abdomen. In retaliation, Mista shoots three bullets, all missing. Sale, feeling confident, prepares to finish Mista, however this was all part of Mista's plan. The number four is an unlucky number. By wasting three, Mista now has only one bullet. With Lady Luck on his side, Mista assumes his victory.