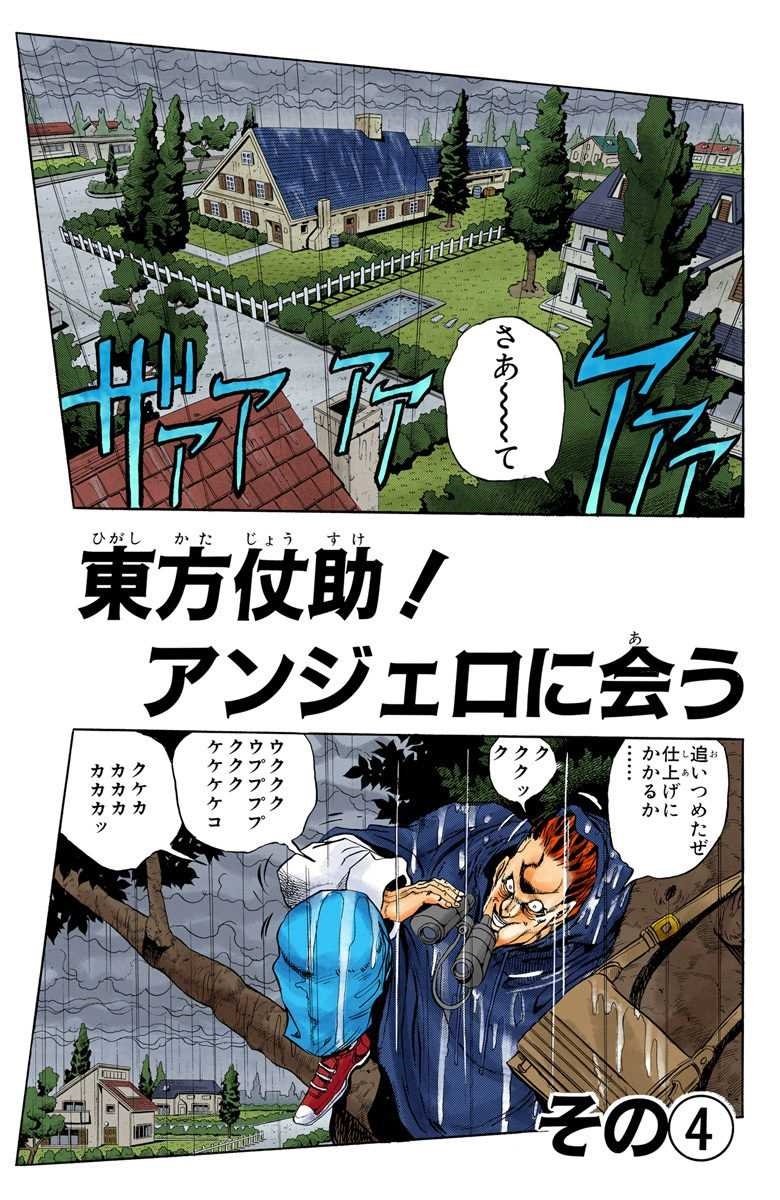 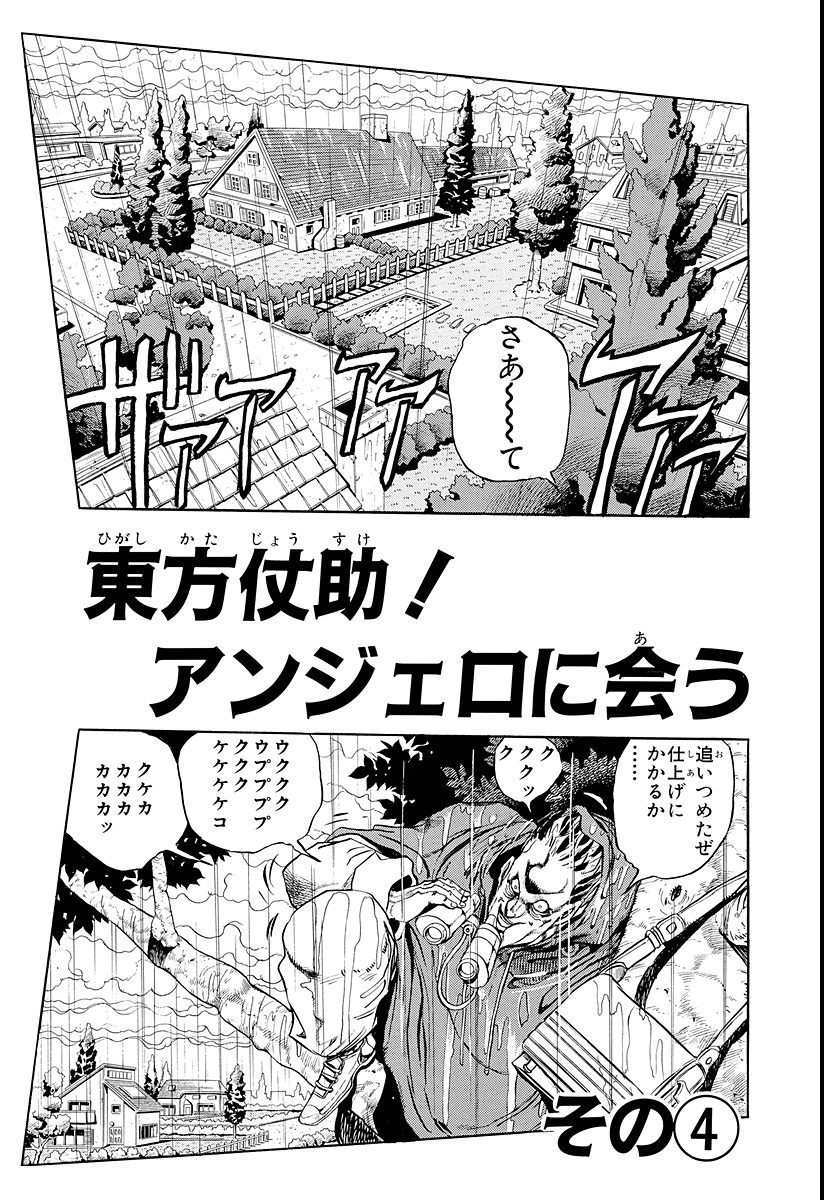 With apparently no hope of escape from Aqua Necklace, Josuke manages to crack a wall with Crazy Diamond and allow him and Jotaro to pass through before closing the wall. However, a heater blows steam and Aqua Necklace uses the steam to get into Josuke's mouth. To Jotaro's horror, Aqua Necklace expresses joy at being inside the schoolboy, but Josuke had a Plan B; He had swallowed a plastic glove and used Crazy Diamond to entrap the Stand yet again. Josuke then confronts Anjuro who was hiding in a tree.

Horrified, Anjuro tries to escape, only for Crazy Diamond to shake the trapped Aqua Necklace, shaking the criminal as well. Beaten, Anjuro tries to dare Josuke to kill him as only the Japanese law can find him guilty and judge him. In the midst of provoking Josuke to be like him, Crazy Diamond breaks the villain's finger and smashes it into a rock, then traps the hand in the rock. Josuke declares he won't kill Anjuro but plans to make everyone watch him forever, as revenge for all killed by Anjuro. Josuke then rapidly punches Anjuro and the rock until parts of his hands and face are seen on the rock. This makes him a new Morioh interest point and landmark: Anjuro Rock. Jotaro then begins to question Anjuro on how he became a Stand user while in prison.