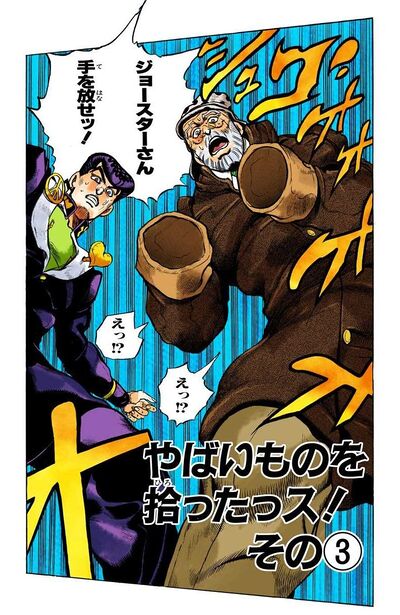 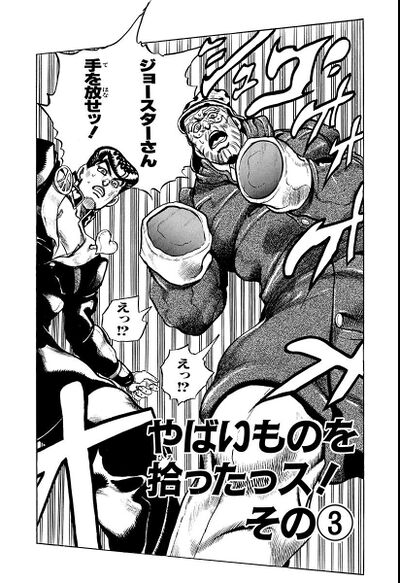 We Picked Up Something Crazy!, Part 3 (やばいものを拾ったっス！ その③, Yabaimono o Hirottassu! Sono 3), originally The Crimson Rescue Method! (真紅の救出法！, Shinku no Kyūshutsu-hō!) in the WSJ release, is the fifty-second chapter of Diamond is Unbreakable and the three hundred seventeenth chapter of the JoJo's Bizarre Adventure manga.