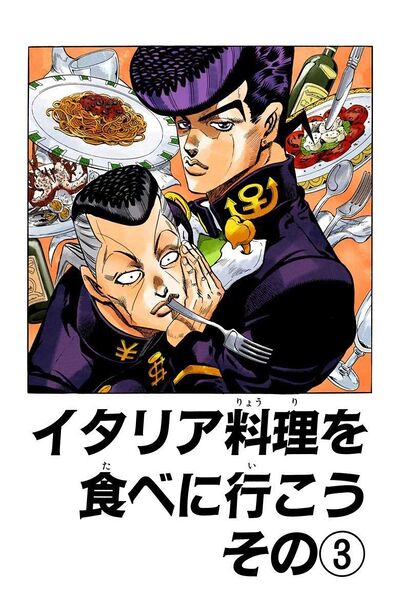 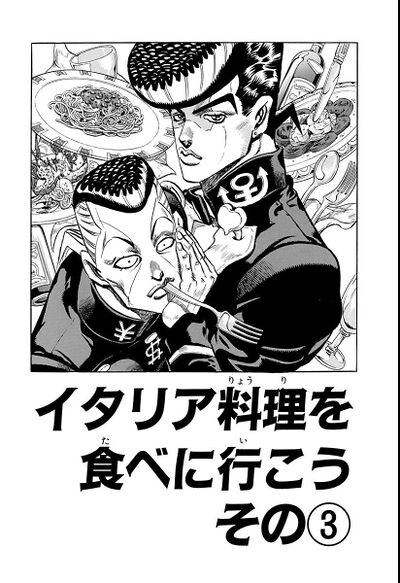 Okuyasu tries to eat the spaghetti served by Tonio but mentions his intolerance towards spicy cooking. Josuke, still suspicious of Tonio, tries to convince Okuyasu not to eat the spaghetti. After Tonio leaves to make the main dish, Okuyasu continues attempting to eat the spaghetti. Josuke, out of suspicion towards Tonio and his cooking, mentions to Okuyasu what Hazamada stated previously: that 'Stand users are drawn together'. Okuyasu realizes that Josuke is implying Tonio is a Stand user.

Okuyasu finally gives in and decides to eat the spaghetti. As soon as he starts, he can't stop, even with the spiciness. He keeps eating more and more when suddenly, a tooth shoots out of his mouth. He mentions that the tooth had a cavity. Another tooth of his with a cavity shoots out as well. New teeth begin to grow quickly in their place, resulting in Okuyasu having a perfect set of teeth. Josuke finally decides to inspect the food by using Crazy Diamond to 'fix' the spaghetti and reduce it to its original ingredients.

As the spaghetti begins to restore itself, bizarre looking organisms appear in the spaghetti. The organisms, assumed to be a Stand by Josuke, fly into the kitchen. Josuke deduces that Tonio is, in fact, a Stand user.