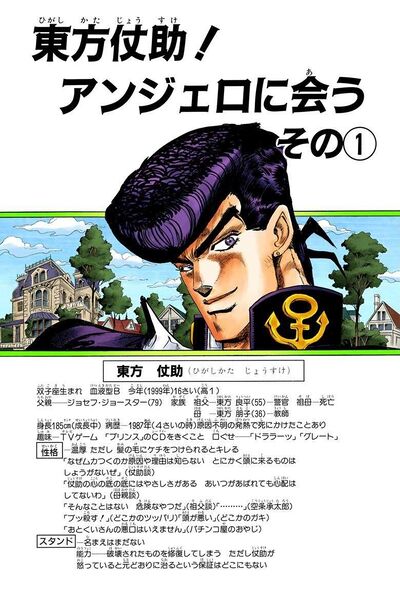 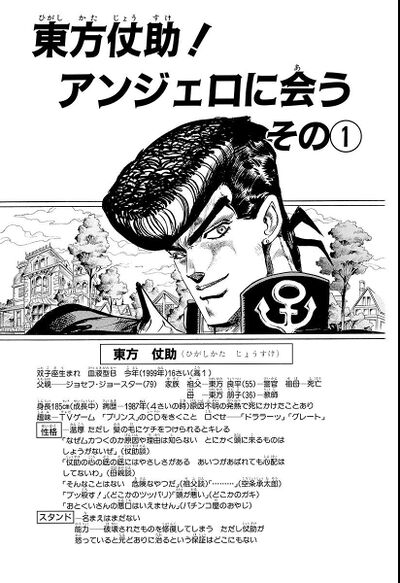 A milkman delivers milk to the Higashikata house, but Tomoko notices the bottle’s seal is broken. She also notes that he is a different milkman than usual. He says that he is just substituting for the regular one, and he gives her a new bottle. He rides away in anger and reveals that if she or Josuke had taken a drink from that bottle, they would have died. He then reveals his Stand, Aqua Necklace. The milkman, revealed to be Anjuro Katagiri, spots a man whose dog is defecating around town and kills the dog and his owner in rage.

At Josuke's house, Josuke tells Jotaro that the man robbing the store was possessed by a Stand. Jotaro asks if Anjuro, the man in the picture, was near him at the time. He tells him that his Stand is very weak, but can possess people from afar. He then warns Josuke not to eat or drink anything, nor use the toilet or bathe until he arrives. Josuke notices that his mother is already possessed by Aqua Necklace. He punches her and then heals her, catching the Stand in a jar.