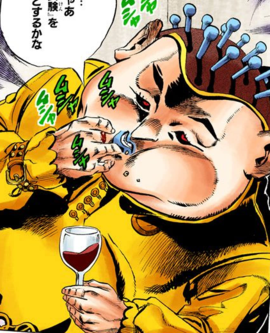 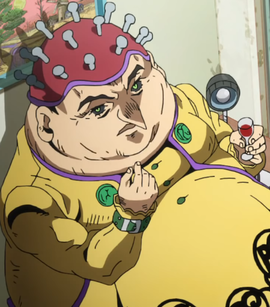 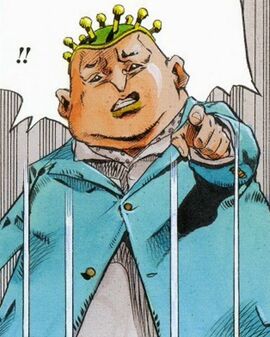 Polpo (ポルポ, Porupo) is a minor antagonist featured in the 5th part of JoJo's Bizarre Adventure, Vento Aureo, specifically the "Meet the Ganster Behind the Wall" and the "Joining the Gang" story arcs.

Cost: 0
After making a 5x5 or bigger, changes all Polpo panels into intensified panels (up to 3 times per battle).