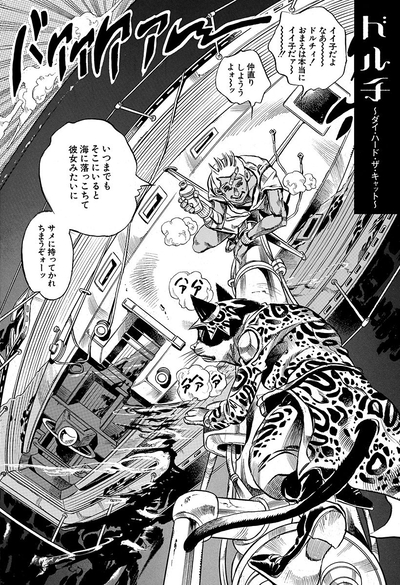 Included in Under Execution, Under Jailbreak

It was later compiled with Araki's other stories in a tankōbon titled Under Execution, Under Jailbreak. 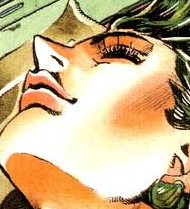 When your page numbers are limited, your story becomes more powerful if the characters and settings are also limited. This is a work that began from that idea. My editor at the time of writing this story said to me, "I love cats. I can't help it. They are my heart's hope in life." I replied, "But I bet you'd eat one if you got lost in the Andes." Thus, a story was born from my wicked personality. (I'd call it a B-type work.)
”
—Hirohiko Araki
“
『ドルチ ～ダイ・ハード・ザ・キャット～』
(オールマン 96年11〜12号掲戴)