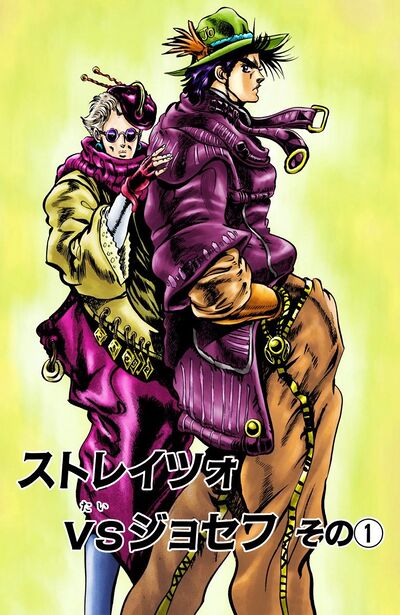 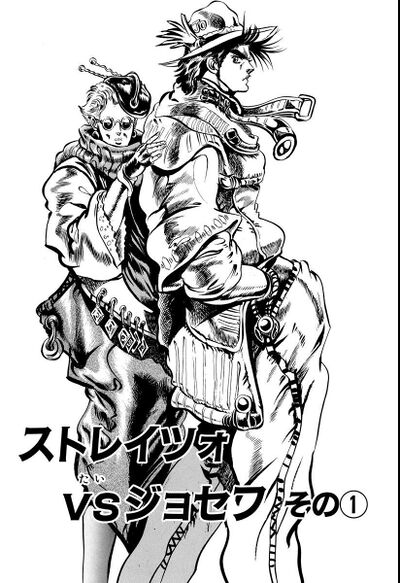 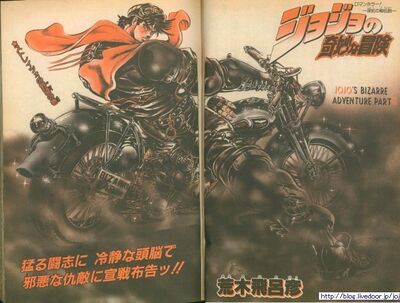 Joseph and Erina are shocked at the news of Speedwagon, the gangster explains that his corpse has been found. Out of nowhere, the gangster receives a punch in the stomach from Joseph, angry at his insensitivity towards the elderly Erina. Erina grimly declares that the curse of the Stone Mask is still following them even after 50 years.

In the Mexican temple, one night earlier, Straizo confides to Speedwagon, who contrary to what everyone believes is still alive, that he thinks that the man in the pillar is the creator of the Stone Masks, and that he must be ancient. When Speedwagon asks Straizo why he did this, Straizo answers that he wants the power of the Stone Mask because he envies the eternal youth and powers of their former enemy Dio Brando. After activating one of them, he becomes a vampire himself and sets out to find Joseph. He heads to New York in order to kill the last two people whom are aware of the power of the Stone Mask.

In the now, Joseph and Smokey are sitting together at a café, when Joseph spots Straizo outside. The young man confronts Straizo, noting the small traits of him that's changed to show he's become a vampire. As soon as the monk reveals his fangs, Joseph reveals a concealed Tommy gun and fires an intense volley of bullets into the vampire. Straizo is sent inside the cafe through a window as Joseph declares war on him, tearing up over what happened to Speedwagon.

Author's Note
“
What did you think of the bichrome page? After this, I'm going to adjust my schedule and will definitely do a full-color title page next time.
”
—Hirohiko Araki
“
パートカラーいかがでしたか？そのらちスケジュール調整して、必ず巻頭をやります。
”
—Hirohiko Araki