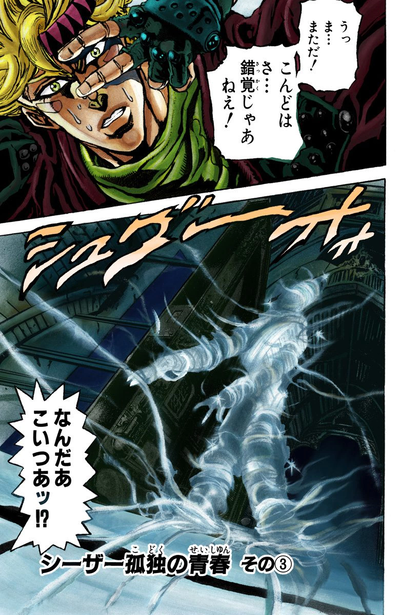 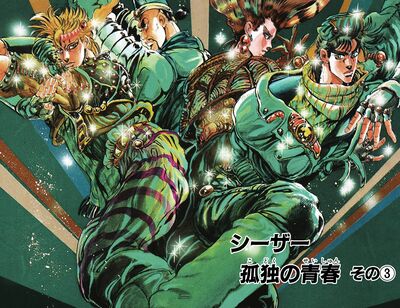 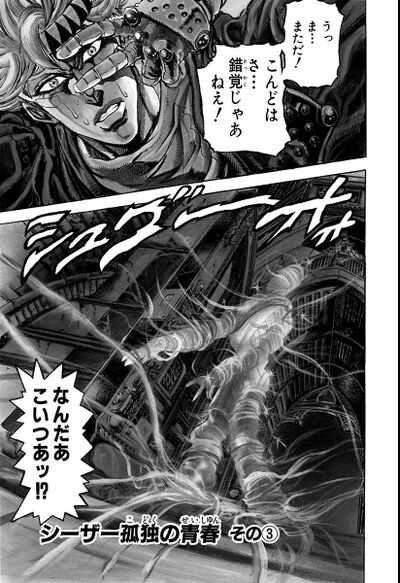 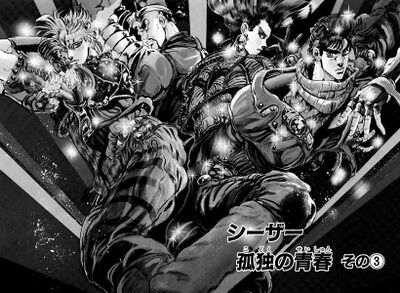 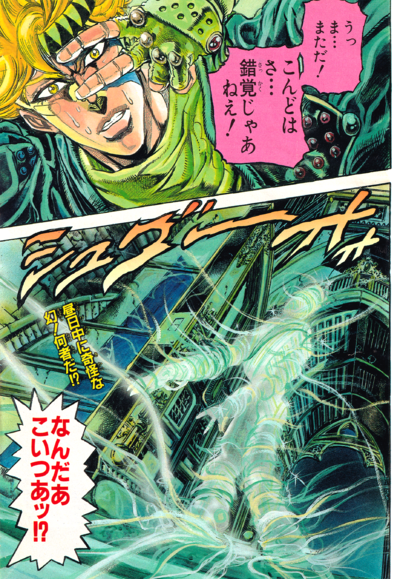 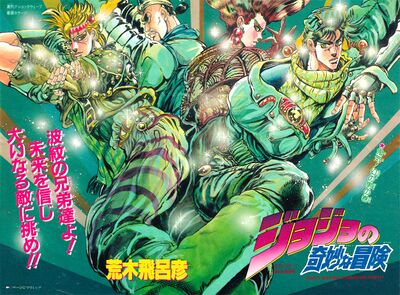 Caesar: A Lonely Youth, Part 3 (シーザー孤独の青春 その③, Shīzā Kodoku no Seishun Sono 3), originally Horrifying! The Ghostly Man (鬼気！幻の男, Kiki! Maboroshi no Otoko) in the WSJ and tankobon releases, is the forty-sixth chapter of Battle Tendency and the ninetieth chapter of the JoJo's Bizarre Adventure manga.

Author's Note
“
Thoughts on this week's opening color page? I'm getting more accustomed to drawing manuscripts with four colors now and it's kind of satisfying. Please, let me know what you think of it. On an unrelated note, I'm going to an Anime Carnival on October 10th, in the Ōita Prefecture. I look forward to seeing everyone there!!
”
—Hirohiko Araki
“
今週の巻頭カラーいかがでしたか？最近は4C原稿を描くのも大部慣れて、少し満足いくようになりました。是非感想聞かせて下さい。それから、アニメ・カーニバルで10月10日に、大分県へ。現地の皆さんヨロシク〜！！
”
—Hirohiko Araki