The Wind, the Chariot, and Wamuu, Part 1 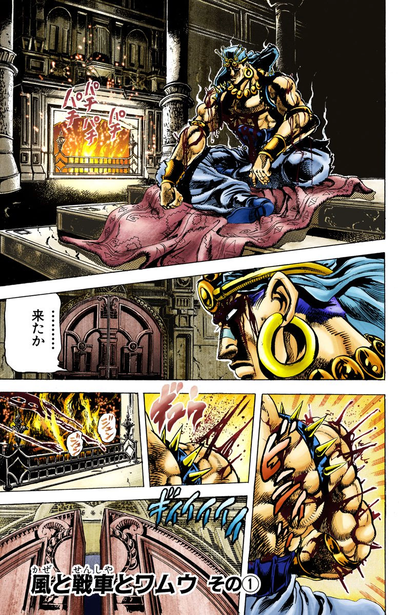 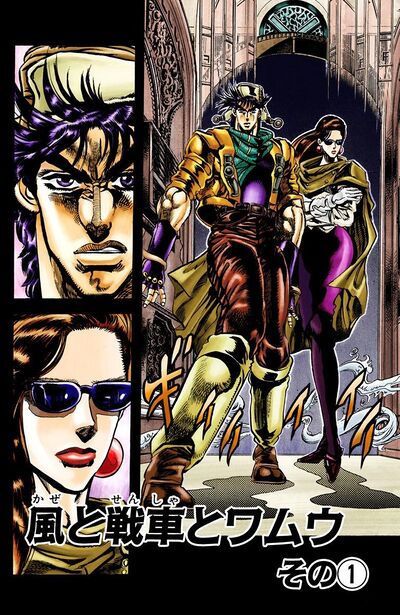 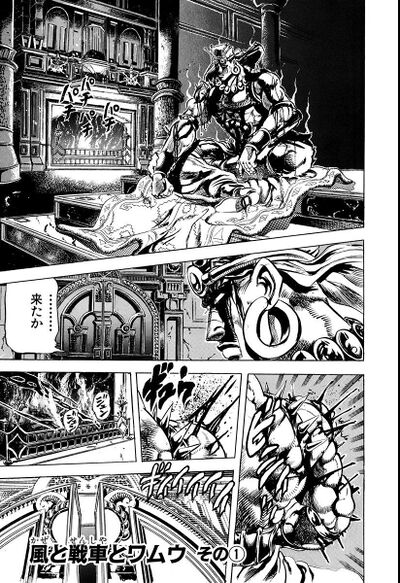 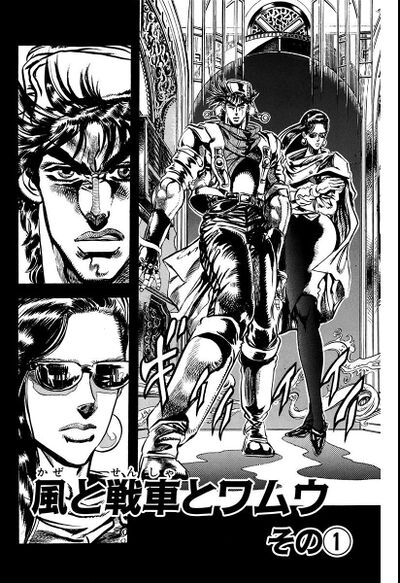 Kaze to Sensha to Wamū Sono 1

The Wind, the Chariot, and Wamuu, Part 1 (風と戦車とワムウ その①, Kaze to Sensha to Wamū Sono 1), originally The Hundred vs. Two Strategy (100対2のかけ引き, 100 tai 2 no Kakehiki) in the WSJ and tankobon releases, is the fifty-first chapter of Battle Tendency and the ninety-fifth chapter of the JoJo's Bizarre Adventure manga.

Joseph and Lisa Lisa enter the deepest part of the mansion. They find Wamuu sitting in wait for the fight which was about to ensue. JoJo advances to attack Wamuu, but Lisa Lisa stops him, noticing not only the two pairs of footprints on the ground, but the hundred vampires breathing as they hide in the shadows. Kars reveals himself and prepares to order the vampires to attack. However, Wamuu interrupts the attack, requesting to fight Joseph one on one, but Kars denies this request and resumes the attack. Lisa Lisa intervenes, stating that if they die they won't be able to disable a time bomb placed on the Red Stone of Aja. Kars claims that this is a bluff, but Lisa Lisa makes an offer they can't refuse. Joseph will fight Wamuu, and Lisa Lisa will fight Kars; whoever wins takes the Stone. Kars decides to accept this challenge. The fight for the Stone begins!

Author's Note
“
There's a beauty salon in my neighborhood called "JoJo". I usually cut my own hair, but maybe I should go there.
”
—Hirohiko Araki
“
近所に『ジョジョ』という美容院がある。いつも自分で髪切る私だが、いってみようかな
”
—Hirohiko Araki