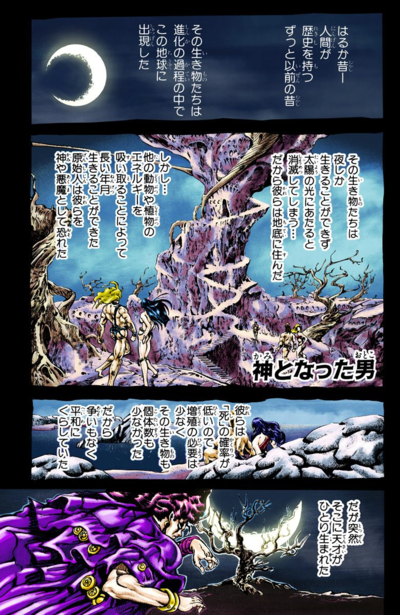 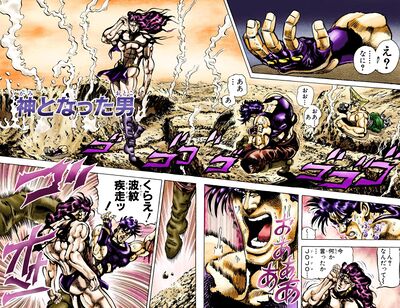 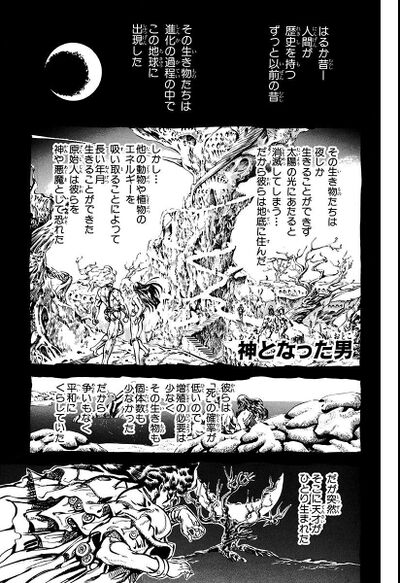 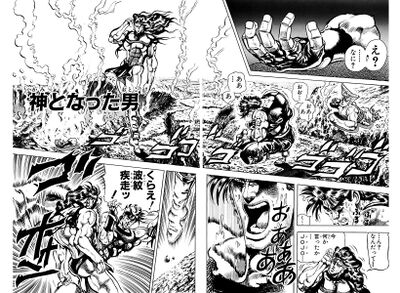 The Man Who Became a God (神となった男, Kami to natta Otoko), originally The Phenomenal Power of the Red Stone (驚異の赤石パワー, Kyōi no Sekiseki Pawā) in the WSJ and tankobon releases, is the sixty-eighth chapter of Battle Tendency and the one hundred twelfth chapter of the JoJo's Bizarre Adventure manga.

Kars and Joseph are blasted away on a large rock. Kars attempts to fly away, but is struck by Joseph's severed hand. This act seals Kars's fate, as he gets blasted further up by volcanic fragments. JoJo proclaims that this was his plan from the very beginning, lying to make Kars mad. While the Earth was unable to defeat the monster, surely not even Kars could defeat the cold vacuum of space.

Author's Note
“
My favorite thing at the moment is NHK's Legacy for the Future on LaserDisc! Seeing those ancient ruins really stirs the imagination!!
”
—Hirohiko Araki
“
最近のお気に入りは、『未来への遺産』の！古代遺跡が想像力をかきたてる
”
—Hirohiko Araki