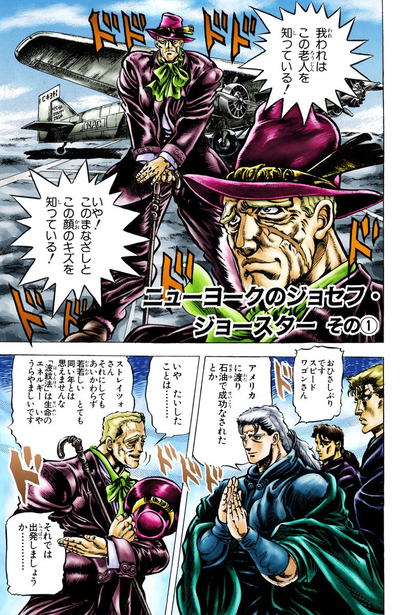 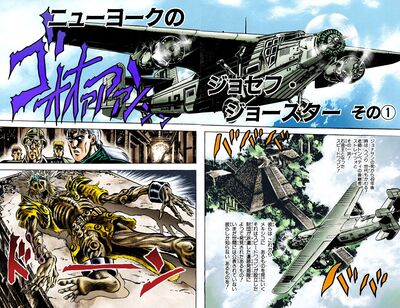 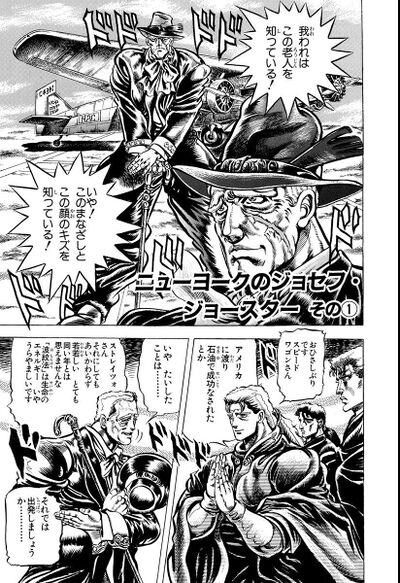 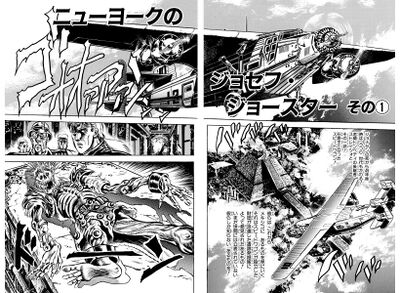 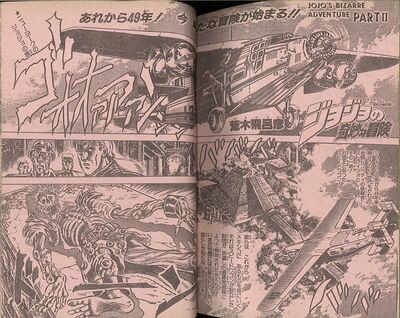 Joseph Joestar of New York, Part 1 (ニューヨークのジョセフ・ジョースター その①, Nyū Yōku no Josefu Jōsutā Sono 1), originally JoJo of New York (ニューヨークのジョジョ, Nyū Yōku no JoJo) in the WSJ and tankobon releases, is the very first chapter of Battle Tendency and the forty-fifth chapter of the JoJo's Bizarre Adventure manga. Additionally, unlike in the tankōbon release, this chapter is included in the JoJonium release of Battle Tendency rather than in the last volume of the previous part, Phantom Blood. 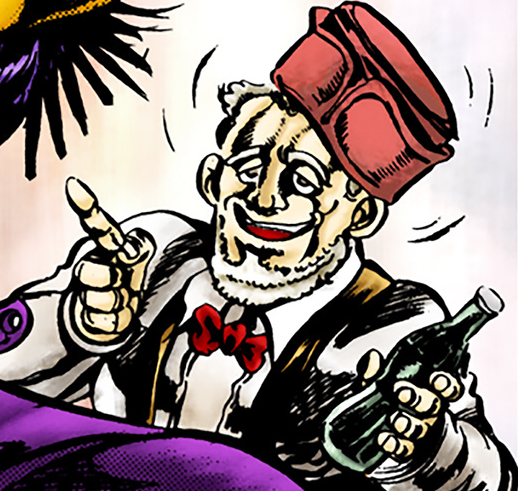 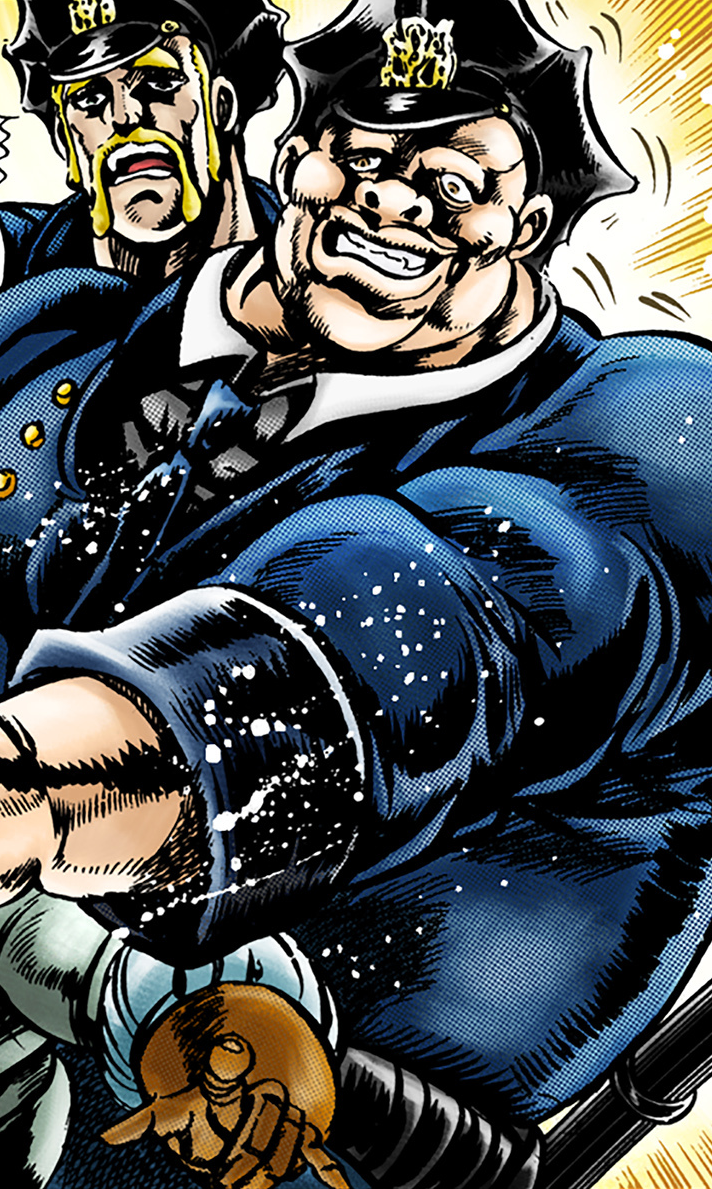