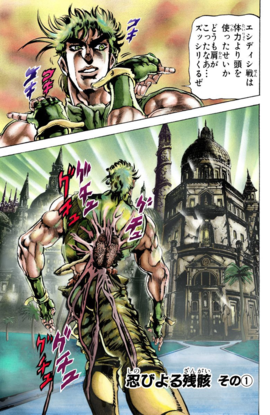 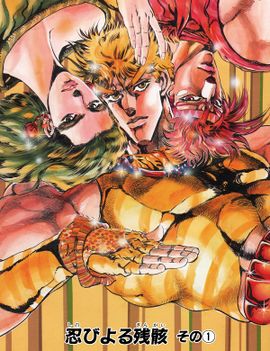 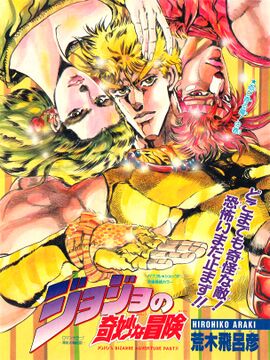 After defeating Esidisi, Joseph exits the arena, unaware that Esidisi's remains were hanging onto his back. In the castle, Lisa Lisa prepares to take a bath, however she fears that Joseph and Caesar are taking too long. She requests that Suzi Q send JoJo and Caesar to her room when they return. Suzi Q leaves, and then gets sneaked up on by JoJo, scaring her because she didn't recognize JoJo without the mask. The two flirt with each other, while unbeknownst to them, Esidisi moves from JoJo onto Suzi Q.

JoJo approaches Lisa Lisa's room, and while she is bathing decides to peek through the keyhole. Suzi Q suddenly appears, and JoJo realizes that the door knob is coated in a sticky substance. Esidisi, in a last ditch effort, reveals that he is controlling Suzi Q and that he has sent away the Red Stone of Aja on a postal boat. The only way to defeat Esidisi is to kill Suzi Q.