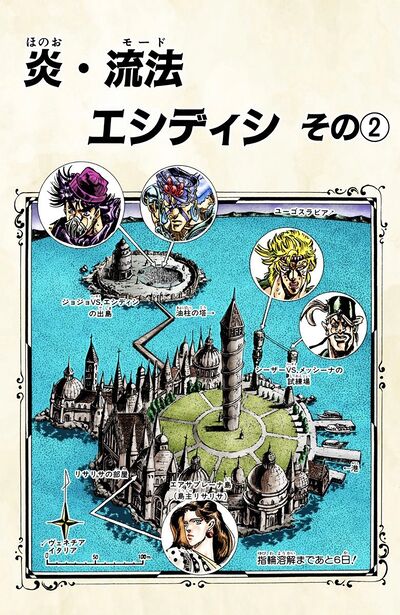 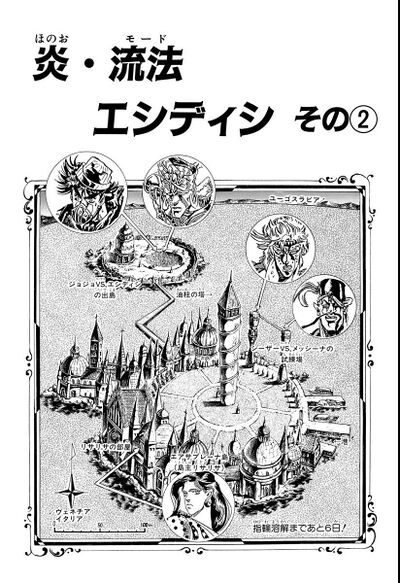 Messina admits defeat in his fight against Caesar, and tells him that he has passed the final test. Caesar says that his progress is due to not wanting Joseph to surpass him, and picks up a pair of binoculars to check on the match between Loggins and Joseph. He and Messina realize that Joseph is actually fighting Esidisi.

Joseph is able to set up string all around the spikes, allowing him to send a Ripple through them into Esidisi. However, Esidisi's manner suggests that he has seen through the plan. Esidisi intercepts the strings with his blood vessels.

Author's Note
“
It's nice to rent a new apartment, but I don't have time to buy a fridge or tableware. It's a bit of a hassle.
”
—Hirohiko Araki
“
新しく部屋を借りたのはいいが代しくて、冷蔵庫や食器など買うヒマなし。不便してます
”
—Hirohiko Araki