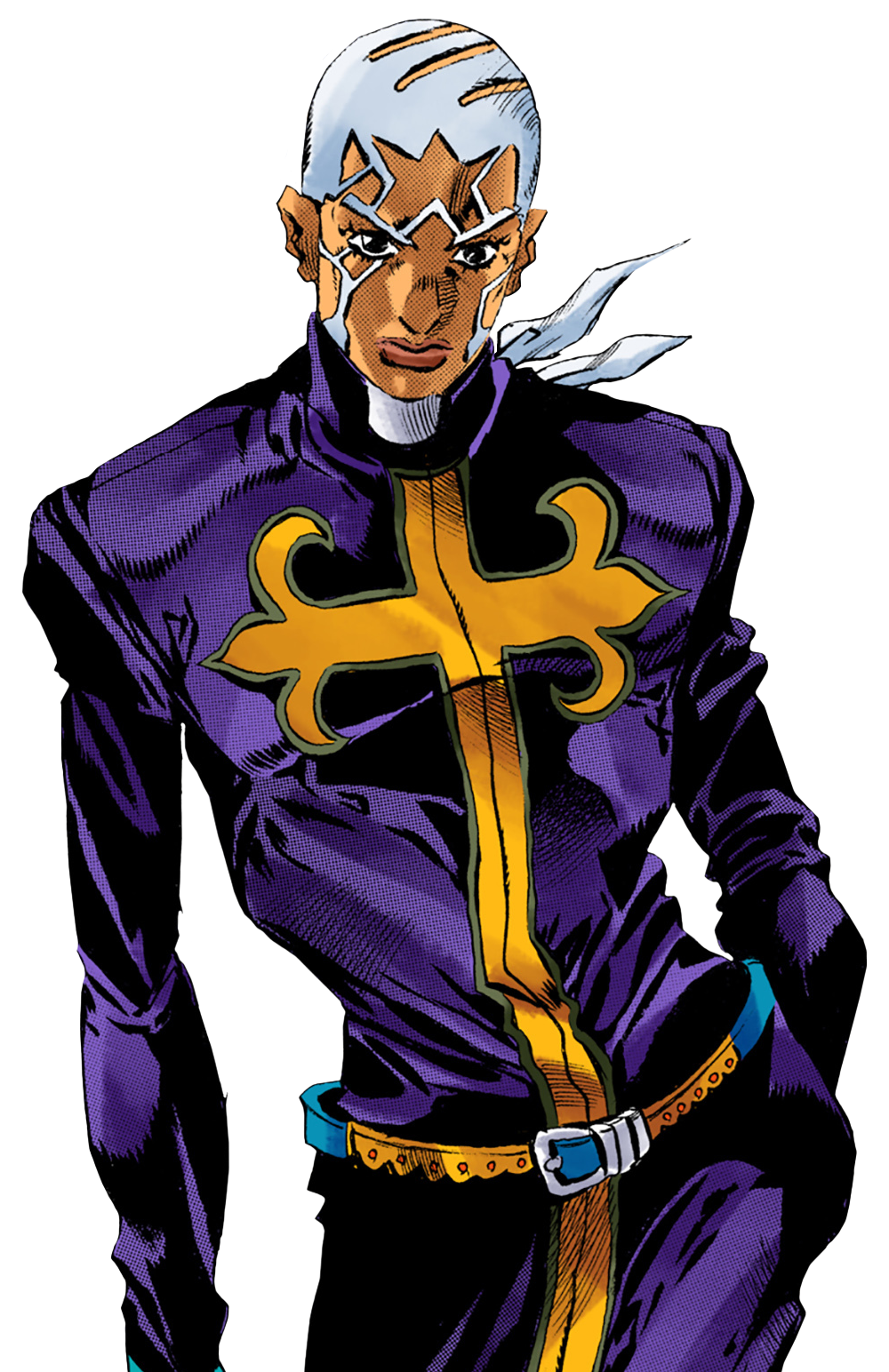 All Star Battle
SPOILER WARNING: Part 6 spoiler details may follow.
“
In the name of God, I will smite you! (神のにおいてしりそける！Kami no mimei ni oite shiri so keru!)
”
—Enrico Pucci, SO Chapter 158: What a Wonderful World

A loyal follower and friend of DIO, Pucci aspires to implement a plan long formulated by DIO to "achieve heaven". Working as a chaplain at Green Dolphin Street Prison, he secretly frames Jolyne Cujoh and uses her as bait to lure Jotaro Kujo and his memories of DIO's Diary. 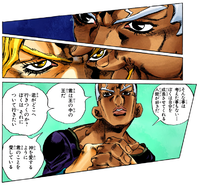 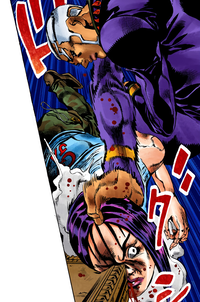 Pucci appreciates Messiah, an oratorio from English composer George Frederic Handel, and is seen carrying the disc of the music with him.