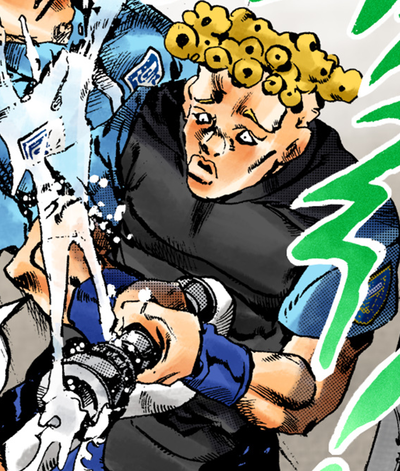 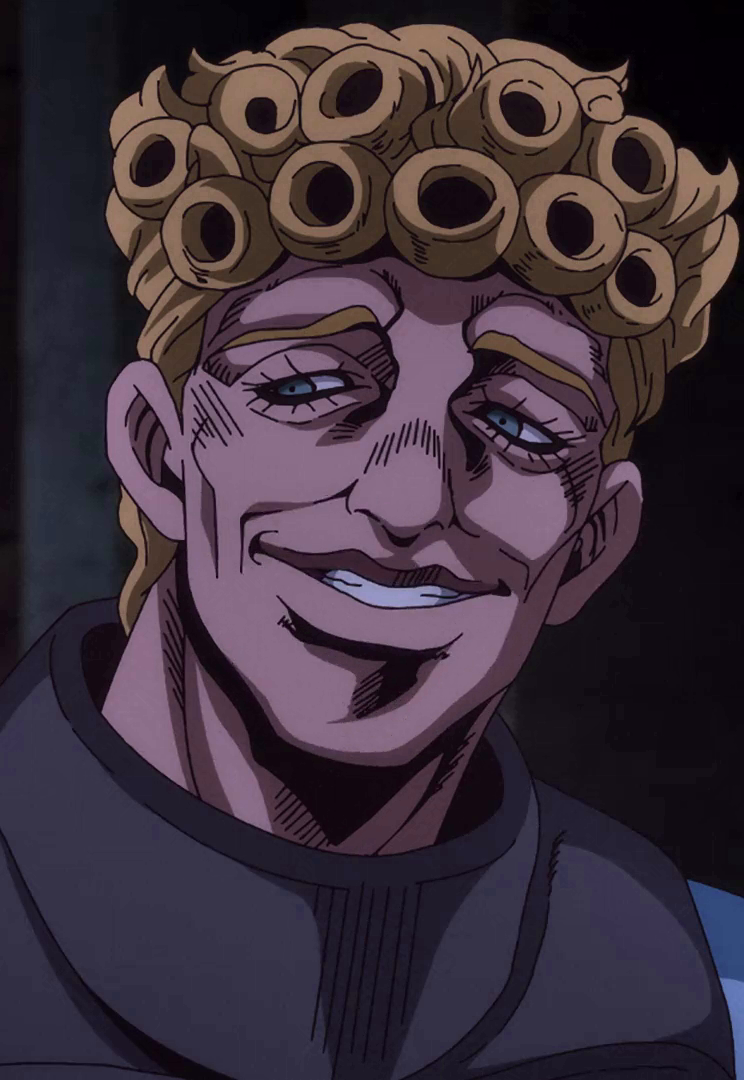 Sonny Likir (ソニー・リキール, Sonī Rikīru) is a tertiary character featured in the sixth part of the JoJo's Bizarre Adventure series, Stone Ocean. He is one of the prison guards stationed in the Ultra Security House Unit of Green Dolphin Street Prison during Jolyne's time there.

Sonny is a well-built man with a rough looking face. He has a short tuft of hair that sticks up from the top of his head which are curled into a multitude of small ringlets, leaving the sides of his head completely bald. He wears the standard Green Dolphin Street Prison maximum security guard uniform, identical to the one worn by Westwood.

The series is known for alternating colors between media, the information presented below may or may not be canon.
Skin(Fair)
Hair(Blonde)
Eyes(Grey)
Outfit
(Dark Grey vest, blue shirt, armbands and pants, golden shoulder badge, white belt with a golden buckle, brown boots.)

Ordinarily, Sonny appears to be a rather aloof guard who enjoys antagonizing convicts. He distracts himself during his guard shift by doing bets with his fellow guard, Viviano Westwood.[1]

Under the effect of the Stand Survivor, Sonny gradually becomes more and more aggressive, first arguing with Westwood, and later fighting him, gradually becoming more brutal as their argument escalates.

Sonny Likir is a prison guard who was assigned to Green Dolphin's Street maximum security ward during at least one day that Jolyne Cujoh had been sent there. During his guard duty, he makes a bet with his friend and fellow guard Viviano Westwood that Jolyne would hide. Since she actually did, he earned $15 from Westwood. They make another bet for $15 about who will win in the Miami Marlins baseball game which would happen later that night. While discussing about the pitcher in the team, Sonny accidentally sprays Westwood in the face with water from a hose. He apologizes saying that the valve is tough to close, but Westwood hits him.

They both start severely injuring each other, utterly confusing Jolyne. It's later revealed they were fighting under Survivor's influence. Westwood ultimately beat down Sonny and he was reported missing after the Green Baby's birth.[2]