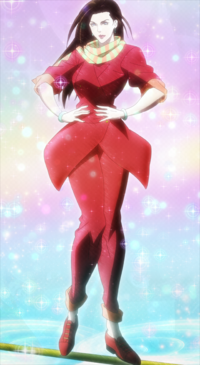 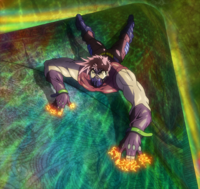 “
It's master Lisa Lisa turn to appear on stage. She is splendid. We had our best elements Manabu Akita and Shinichi Machida to direct the animation. Due to that the drawing stayed balance for the whole episode.

I personally think the episode was well done but many of my colleagues say it's too static. I think it's because of the Hell Climb Pillar that the characters must scale very slowly. The beginning of the ascension is, for me, a perfect mix between design, music, colors... Too bad he others aren't as enthusiastic (laughs).