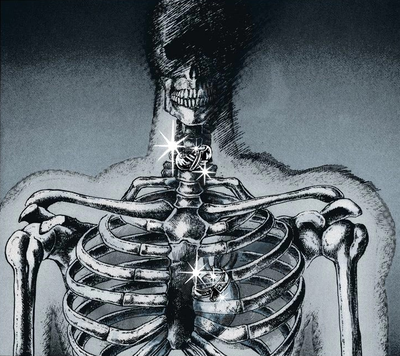 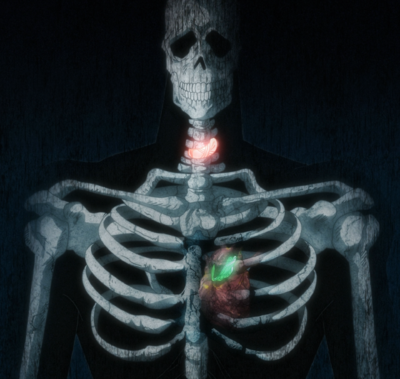 “
Truly a "until death do us part" wedding ring.
”
—Wamuu, An Engagement with Death: The Wedding Ring

The Wedding Rings of Death (死の, Shi no Uedingu Ringu) are artifacts used by the Pillar Men.

They consist of hollow rings of an unknown material, containing a highly potent venom. Their apparent sole purpose is to ensure that anyone who promised to challenge the Pillar Men at a later time would have to do so, lest their lethal poison is released.

In Part 2, Battle Tendency, Wamuu and Esidisi used these rings to prevent Joseph Joestar from escaping his fight with them 33 days after their first encounter.[1] 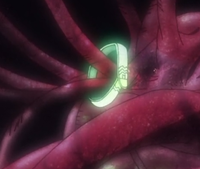 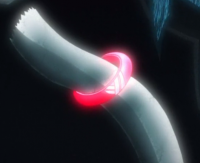 These rings are designed to dissolve in a human body within approximately one month.

The ability of the Pillar Men to pass through human bodies without causing damage allows them to place the rings on different organs. A doctor Joseph consults notes that his rings appear to be completely fused with the walls of the organs to which they are attached.

The only way to dispose of the rings and/or neutralize their poison is to retrieve and drink antidotes contained in specific piercings belonging to the Pillar Men (Wamuu's lip, and in Esidisi's nose). Because the poison is different in each ring, one cannot use the antidote from one Pillar Man's piercing to cure the poison of another's Wedding Ring.

Esidisi asks Kars if he wanted to place a wedding ring in Joseph, implying that he possesses one as well but does not use it. Esidisi suggests that it was common for Wamuu to use this device on his challengers.