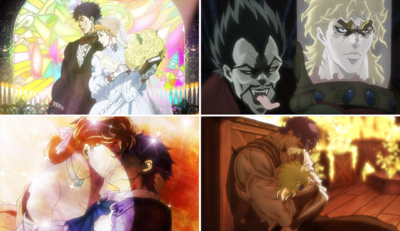 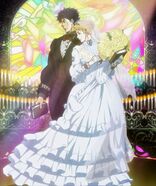 Months later, Jonathan marries Erina and they head off on a honeymoon to America on a cruise across the Atlantic Ocean. As they are seen off by every person they have met on their journey, a suspicious ornate and surprisingly long chest is loaded into the cruise ship Jonathan and Erina board. Nonetheless, everyone says good bye to the couple. 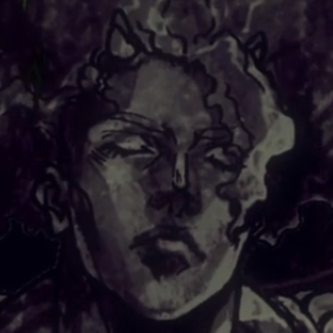 Commentary
“
The series' director Kenichi Suzuki was in charge of the storyboard in this episode. It was simply flawless, I really have nothing to say about it. If I must absolutely say something, I'll just say "It was very interesting." (laughs). The 2D animation is really perfected for this finale.