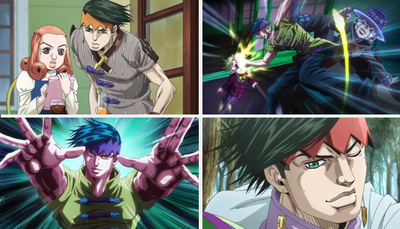 Episode 5: Millionaire Village (エピソード#05【富豪村】, Episōdo #05 [Fugō-mura]) is the first episode of the OVA adaptation of Thus Spoke Kishibe Rohan. It covers Episode 5 of the one-shot series.