JoJo vs. The Ultimate Life-Form 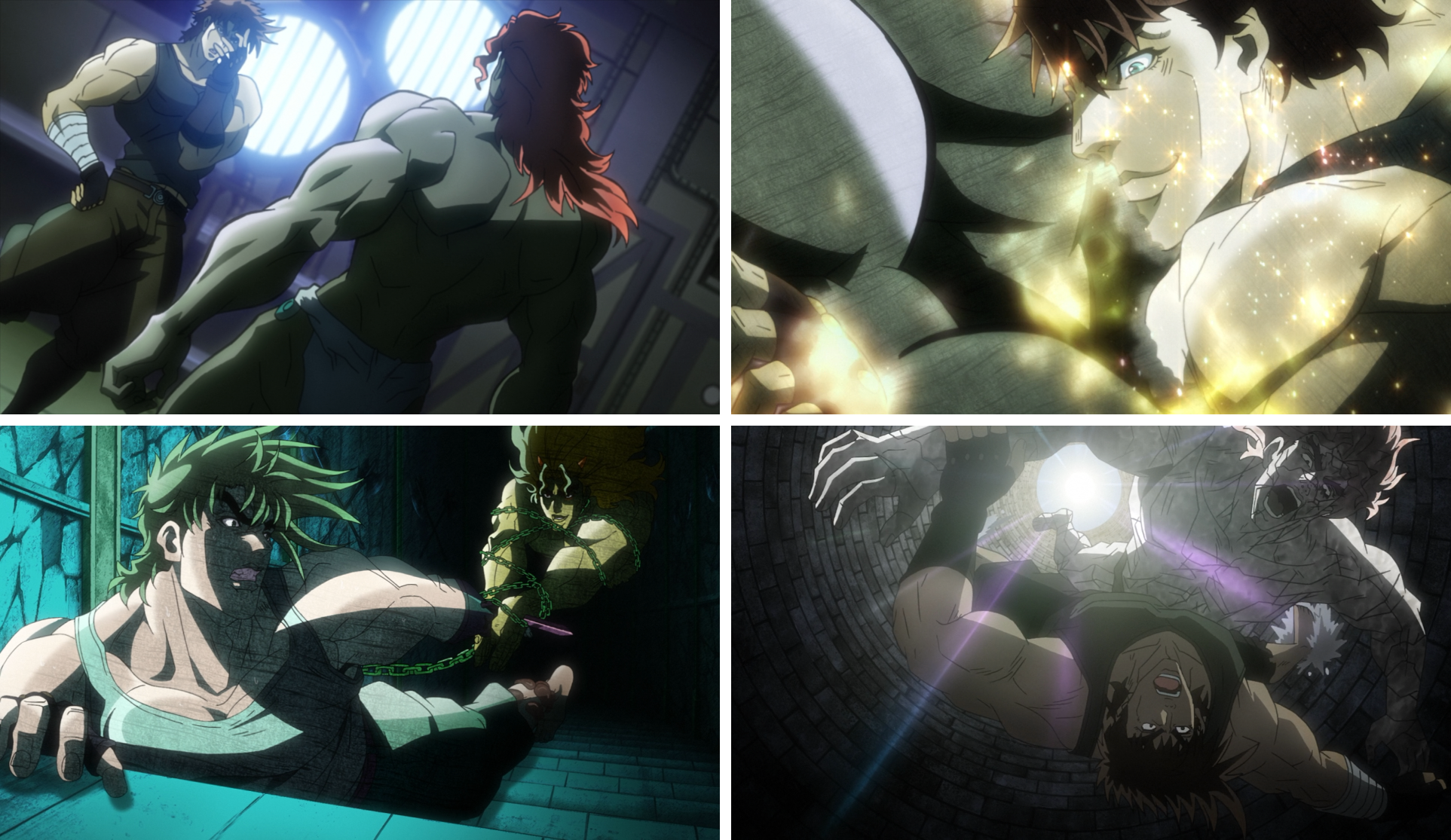 JoJo vs. The Ultimate Life-Form (JOJO vs. 究極生物, JoJo tai Kyūkyoku Seibutsu)[1] is the thirteenth episode of the JoJo's Bizarre Adventure anime. It is also the fourth episode of Battle Tendency. It covers Chapter 58 through Chapter 61 of the manga.

With the Pillar Man cut in half, Joseph chains Santana's chest and tries to drag him up to the entrance of the base to expose the body using the sunlight. Unfortunately, Santana grabs hold of Joseph's leg and immobilizes him just before reaching the door. When Stroheim comes to help and is ensnared, the German shows a remarkable spirit by telling Joseph to cut his bound leg. Joseph reluctantly obliges and Stroheim then opens to the door to the exit, exposing Santana to the sun. However, Santana avoids the sunlight by crawling into the stub where Stroheim's leg was cut off. Stroheim walks on one leg into the sunlight and pulls out a grenade. From there, he tells Joseph that the Germans had uncovered other Pillar Men in Europe and that he must go to Rome to learn how to defeat them. With that said, Stroheim ignites the grenade and destroys his body.