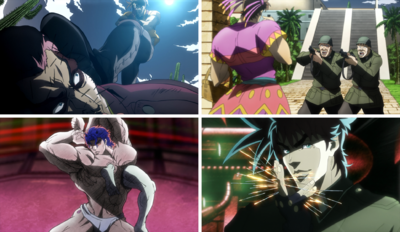 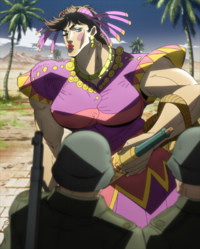 In the middle of the Mexican desert, Joseph is confronted by one of Stroheim's men, Donovan. Donovan is a trained special forces soldier but Joseph makes short of work of him thanks to the Ripple: he remotely makes chollas explode near Donovan's face and then takes him down before interrogating the soldier. JoJo thus learns that Speedwagon is still alive and imprisoned in a hacienda near their position. Leaving Donovan to his fate, Joseph then reaches the base where Speedwagon is kept prisoner. Ensues a comical scene during which Joseph tries to infiltrate the compound, poorly disguised as a woman. Caught, Joseph then knocks out the guards. 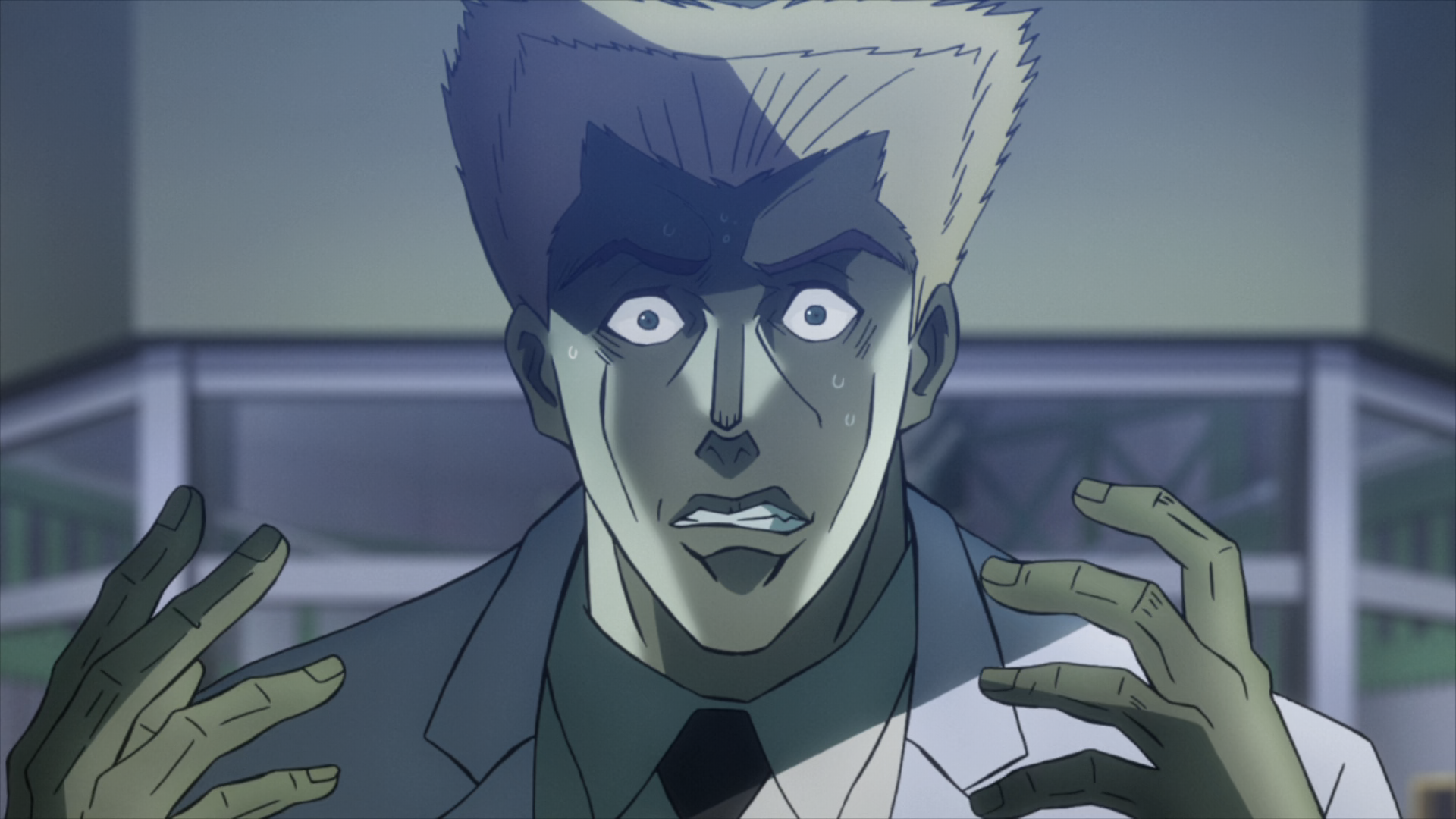 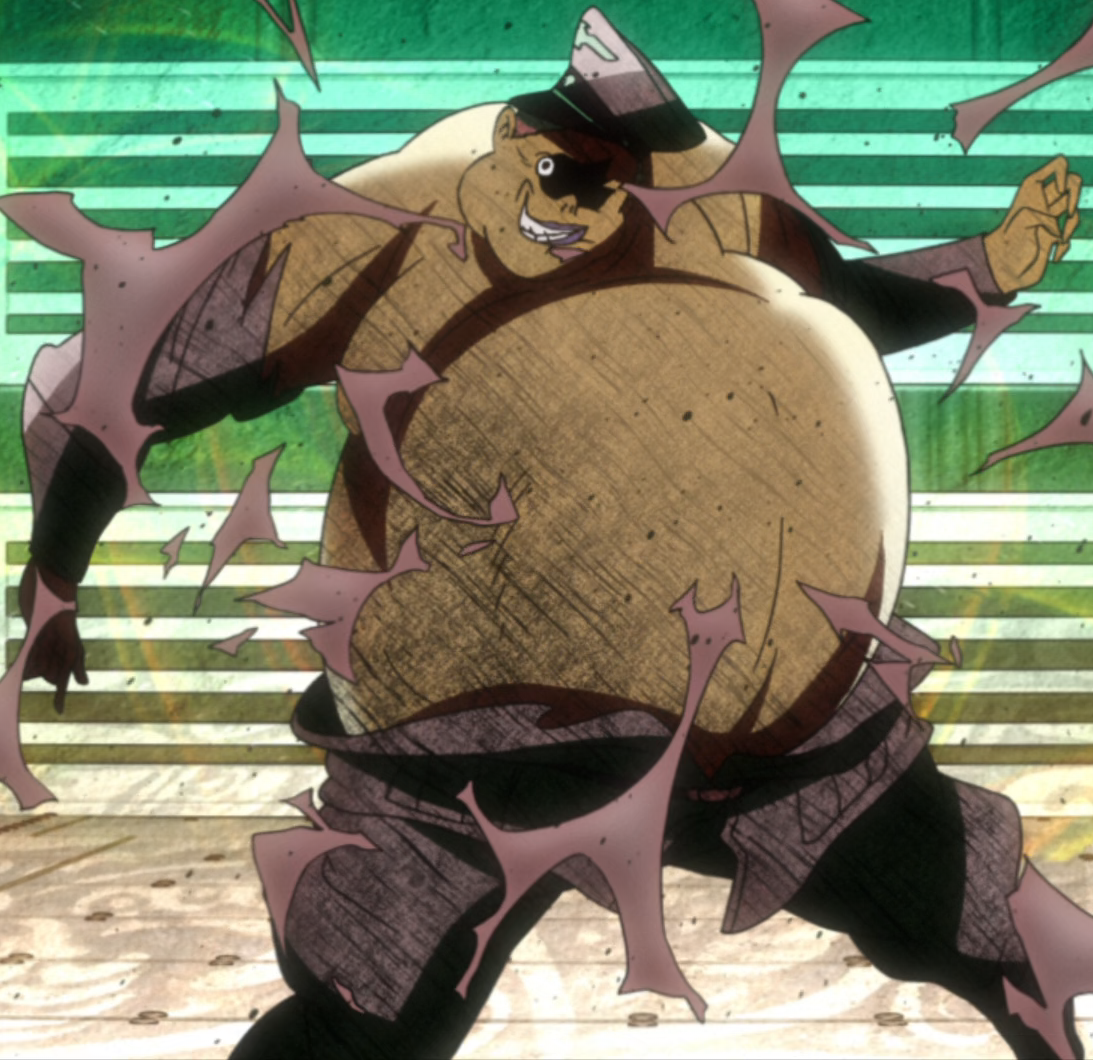 Commentary
“
This is the tacos episode (laughs)! The story itself doesn't really move forward since it's mainly about Santana slaughtering the German army, but a lot of stuff is worth seeing.

Other languages:
English • português do Brasil
Retrieved from "http://jojowiki.com/index.php?title=Episode_12&oldid=763233"
Category: