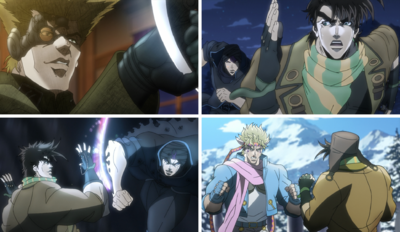 Commentary
“
This episode incarnates the spirit of JoJo the best out of Part 1 and 2. From the moment Joseph runs to catch the red gem, up to his freefall fight against Kars, everything only lasts a few seconds. The direction stretches everything out infinitely though, much like an older anime (laughs).

Other languages:
English • português do Brasil
Retrieved from "https://jojowiki.com/index.php?title=Episode_19&oldid=763243"
Category: