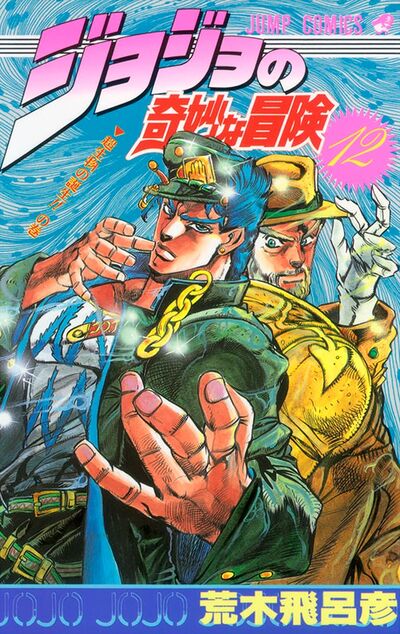 The Birth of a Superbeing!! (超生物の誕生!!, Chō Seibutsu no Tanjō!!) is the eighth and final volume of Battle Tendency, the first volume of Stardust Crusaders, and the twelfth volume of the JoJo's Bizarre Adventure manga. It covers the ending of Part 2 and the beginning of Part 3.

Joseph defeats Wamuu, removing the ring on his heart. Meanwhile, Kars, the last remaining Pillar Man, deals the final blow to Lisa Lisa and obtains the Red Stone of Aja, finally becoming the ultimate life-form! Leaving Joseph with no choice other than to run away in the face of Kars's power. 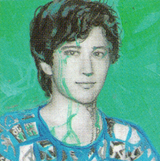 “
JoJo's is an ode to life and a celebration of humanity. Without help from machines or technology, the main characters face danger with their bodies as their only weapon. For me it's a principle. Indeed I think that science doesn't necessarily make men happier. Besides when I was at school I detested mathematics and physics (though it's not a grudge I precise).
”
—Hirohiko Araki