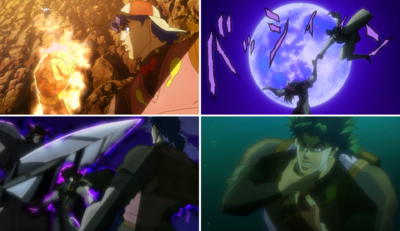 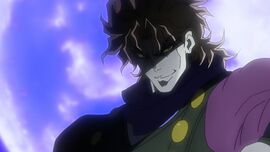 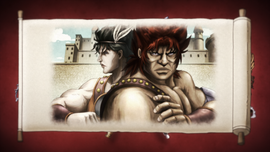 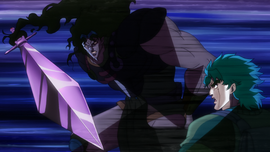 Commentary
“
With the appearance of Bruford and Tarkus, the scenes from Episode 5 and beyond all happen at night. The Ripple, no sooner introduced during the last episode, is already countered by Dio. What a shock!