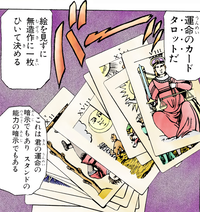 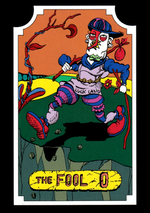 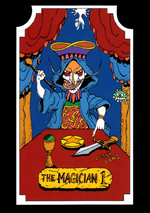 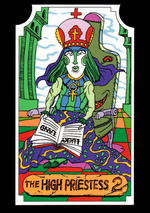 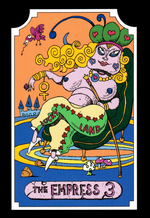 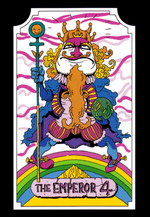 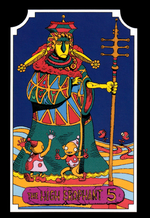 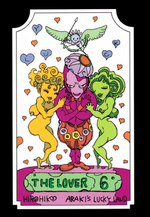 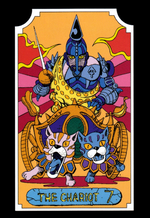 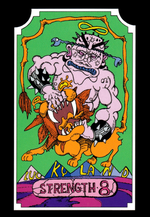 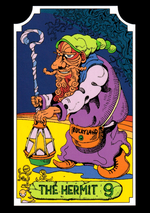 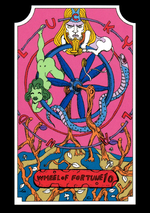 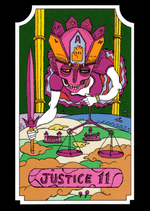 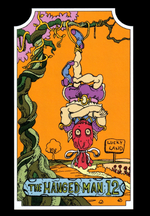 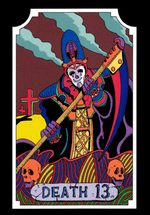 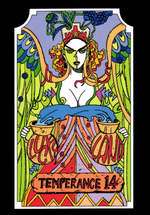 The figure on the left of the angel symbolizes existence, and the figure on the right symbolizes recognition. The liquid that is poured from left to right and from right to left without withering is said to be the essence of life.[3] 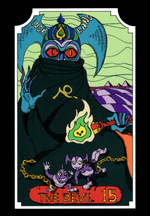 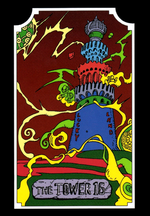 This card has many names, including "Tower of Lightning" and "Lightning Bolt". The tower is said to be the Tower of Babel, the biblical tower where man's wisdom was destroyed by the wrath of God.[3] 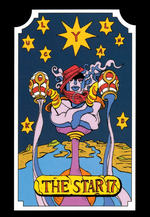 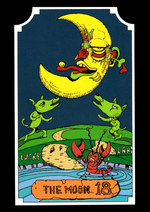 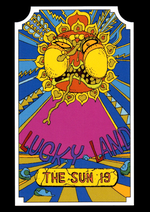 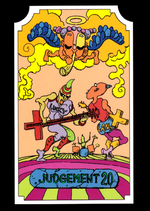 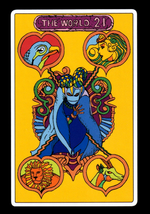 The four elements of the material world, water, fire, earth, and air, are arranged to look like a bull, lion, eagle, and angel. In other words, it is a card that shows the perfect thing, the completion of everything, and the entire universe.[3]