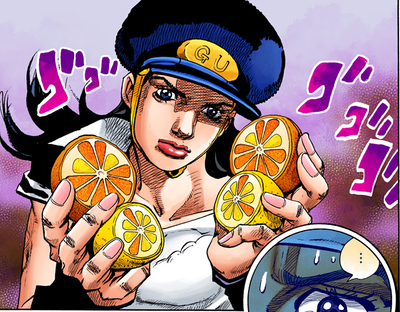 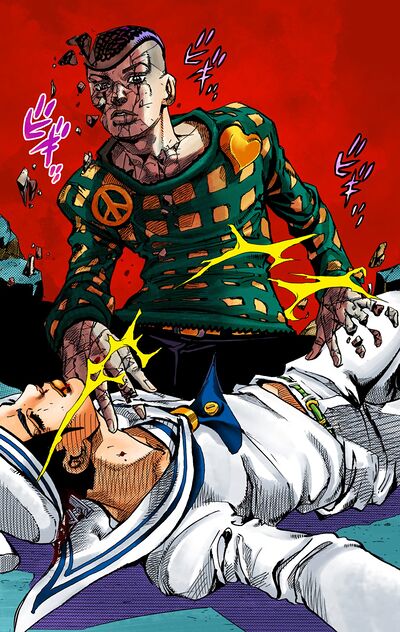 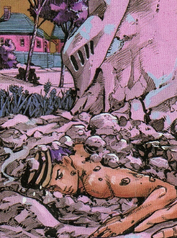 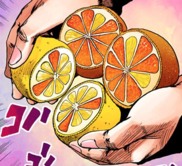 As stated by Kei, the Higashikata family has been aware of this method of exchange for generations. This knowledge is demonstrated in that through unknown means, this type of exchange can be used to transfer the Rock Disease from one host to another.[1]

The fruit of the Locacaca tree is also able to cause exchange when eaten. Upon being consumed, the Locacaca will target and heal a specific injury, turning another part of the patient's body into stone as a collateral effect. The body part sacrificed is determined by the Locacaca, seemingly at random.[4] An example is when an old man uses the Locacaca fruit to regrow his lost leg in exchange for his eyesight.[5] Apparently this process can be repeated as long as someone has a fruit, continuously sacrificing random parts of their own bodies in order to gain back what they had lost in the previous instance. 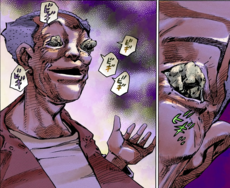 The Locacaca 6251 drug developed by members of the T.G. University Hospital staff is able to maximize the healing properties of Locacaca exchange while minimizing the risk of an important sense or organ being sacrificed.[6] 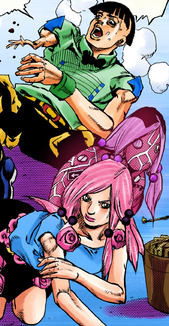 Yasuho's arm regrows as Joshu's withers away, rather than turning to stone.

Upon eating an unripe fruit from their grafted Locacaca branch, the dying Kira's injuries were healed, while parts of Josefumi's body turned to stone, beginning with the areas that had been in contact with Kira upon eating the fruit.[7] However, upon eating the seemingly ripe new Locacaca grown by Jobin Higashikata, Yasuho Hirose experienced a different kind of exchange: upon her arm being regrown Joshu (who had used himself as collateral in the exchange) had his own corresponding arm shrivel up rather than turning to stone.[8]