Roundabout
“
The harsh wind blowing down over the Arctic Ocean birthed the fearsome Vikings. Only when we are tossed headlong into the crucible of adversity do we rise to the challenge. What will a glass of vino create this night?
”
—Will Anthonio Zeppeli, stating the nature of Jonathan's final lesson to Speedwagon 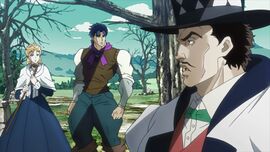 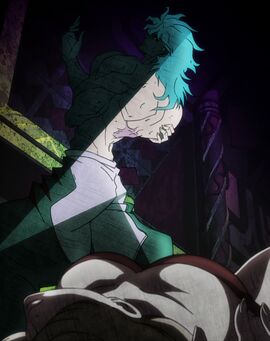 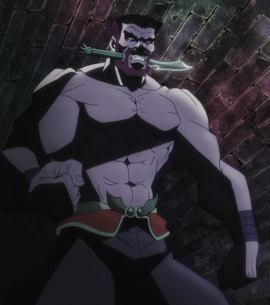 “
The Ripple is here! You also find the famous onomatopoeia "Memeta" when the frog is punched. The episode necessitated more effort for the photography and vector graphics than the animation; it was a small challenge for those who weren't used to them.

It's also the arrival of Zeppeli, conveying his eccentric side at best was necessary. More and more dangerous characters like Jack the Ripper make their appearance. Jonathan and Erina have again a languid scene (laughs). I also like the scene where Jonathan's arm is healed thanks to the Ripple... "I can even lift this rock!" It wasn't planned in the storyboard but honestly, it had to be here even at the risk of upsetting everything. The audience had to see how awesome the Ripple is. The voice acting was also a great moment, everyone was excited like in those overnight infomercials.