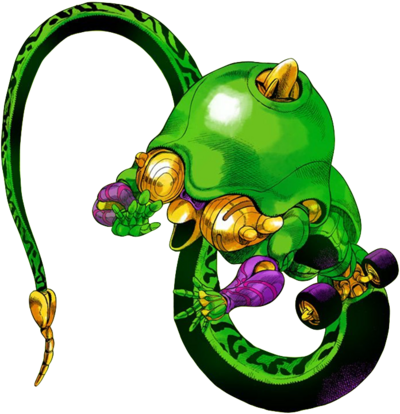 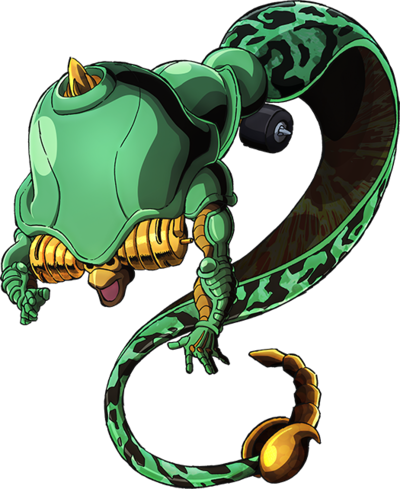 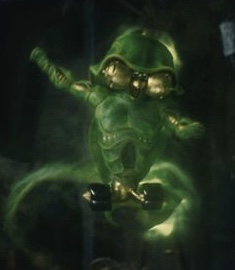 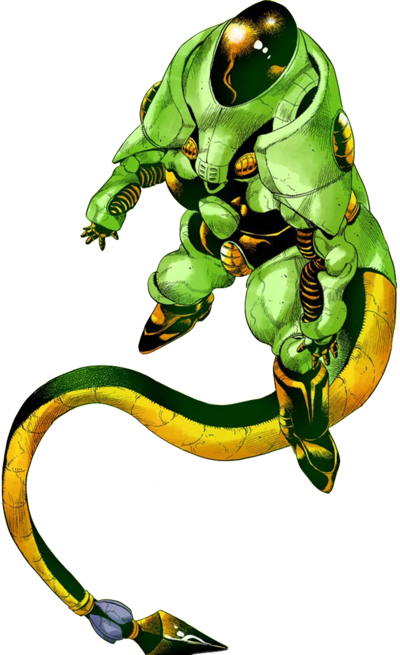 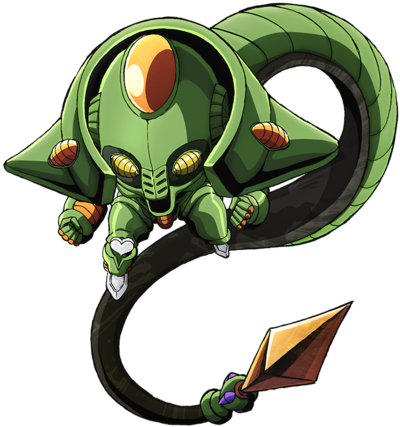 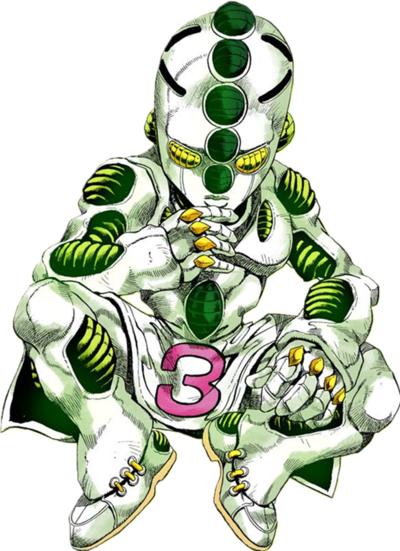 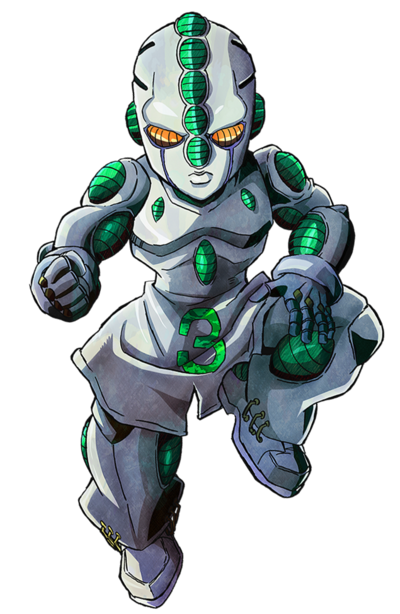 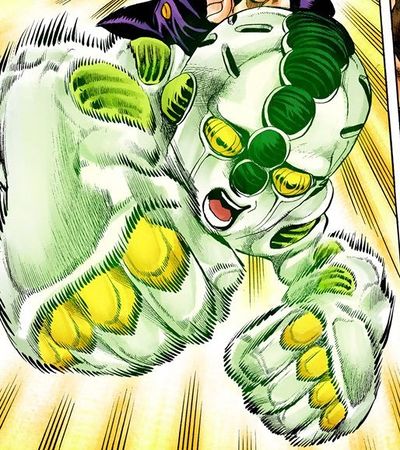 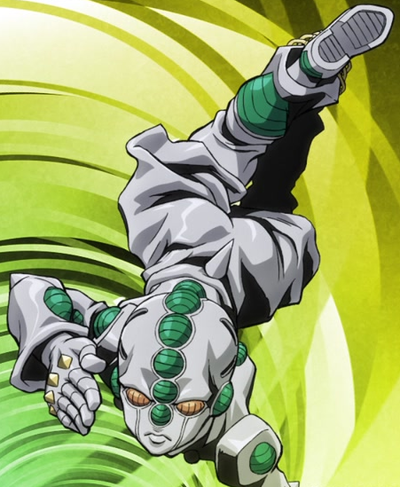 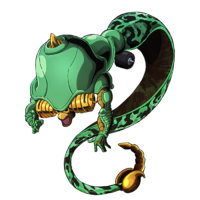 Echoes ACT2 is a developed form of Echoes ACT1, gained during the battle with Yukako. 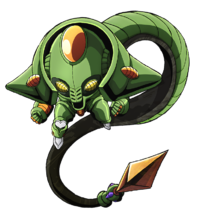 ACT2 takes on a more humanoid appearance but is much smaller than ACT1. It is fully clad in a shell-like armor decorated with metallic striped protrusions at the crotch and other places, the most prominent piece being a large high collar fused with shoulder weights with "S2" written on the back which covers the back of the head and the shoulders. ACT2's oversized head has a now revealed face, its metallic striped eyes, nose and small robotic mouth being revealed. It still has a long organic tail with a dark belly and bright back, and a detachable kunai-like stinger.

ACTs 1 through 2 don't possess a full-fledged personality. They obey its master's command and sometimes let out a small growl.