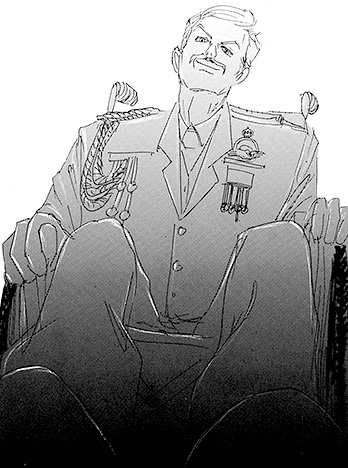 William Stevens and Reginald Cardinal (The Remains of the Day)

Cardinal is initially the boyfriend of Darlington Motorize and later her husband. He treats George with disrespect and contempt even before they've met. He eventually becomes the supreme commander in the Royal Naval Air Service, making him George's superior.

Cardinal is a tall man with an athletic appearance. George mentions that Cardinal is rather handsome with an impressive build compared to his own.[3] He has short, tidy hair swept to the side and wears a suit.

After the attack on the Naval Air Force Base by Antonio Torres in 1915, Cardinal sits in a wheelchair.[3]

According to Darlington, Cardinal is smart, quite the athlete, and will be a doctor someday but what he really wants to do is write novels.[1] Two years later, Darlington tells George that Cardinal is hardly a perfect man. He can be shallow, boring, and tactless, but she thinks he's far better than George.[4]

Cardinal is an arrogant man who abuses his power. He doesn't get along with George nor his brother-in-law, Steven.[2] 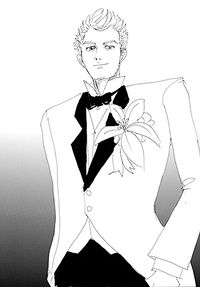 Darlington first mentions William to George as the guy she likes. She brags about him and says that he's two grades above them and knows Steven. She also mentions that William thinks George's opinion on a novel is odd, so George must be an odd individual himself.[1]

Cardinal later becomes Darlington's boyfriend. He stops talking about novels and decides to enlist and become a commissioned officer because he believes he's good at motivating people and would be a better commander than a doctor.[4]

Around 1912, Cardinal becomes engaged to Darlington as her fiancé and meets George for the first time. George becomes jealous after seeing that Cardinal is rather handsome with an impressive build compared to his own. The two have an awkward handshake after George congratulates them on their engagement and then they say nothing to each other. Darlington invites George to their wedding but George declines thinking he wouldn't feel welcome there because of his history with the Motorize family, and Cardinal confirms by saying George is correct. Cardinal tells George to never visit their home again, as he tends to be a bad influence there.[3]

Cardinal on the phone with George

In 1915, George calls the Royal Naval Air Service to report what happened during his flight, including the death of Jim Graham. Cardinal answers, revealing that he is now the officer in charge of George's unit in the RNAS. He angrily yells at George asking where he is and why he abandoned his injured companion, Jim, then ran off on his own. He insults George for playing dumb, who is confused about Jim seemingly being alive. Thinking George is mocking him, Cardinal hands the phone over to Jim, who is actually Antonio Torres in Jim's body.

Cardinal survives the attack on the Naval Air Force Base by Antonio with nothing worse than a broken leg. He tells everyone that he'd ordered George to the fight in London and is treated like even more of a hero than George is. Cardinal gets himself promoted, and by the time the war ends and the Army and Naval Air Forces had been merged into the English Air Force, he becomes the supreme commander. As a result, Cardinal never has to go to any dangerous fronts, and gets to sit in his wheelchair acting like a big shot.[3] 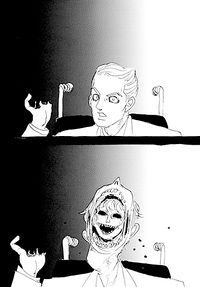 After Ben Motorize recluses himself, Cardinal takes over the Motorize family's affairs. He is constantly at odds with John Moore-Brabazon in politics. He also doesn't get along with Steven.

On November 11, 1920, George enters the Motorize home when Steven is late to be the best man for his wedding. Cardinal points his gun at the back of George's head. George manages to use a fireplace poker to knock the gun away, cutting Cardinal's hand in the process. However, they realize Cardinal's hand isn't bleeding so he had actually become a Zombie unknowingly. Antonio reveals himself, hiding inside Cardinal's body. Antonio begins eating Cardinal's organs, pulling and twisting his skin inward. Antonio ends up taking full control over Cardinal's body, but as Cardinal had been in a wheelchair so long, his legs didn't have the muscles to remain standing. George swings the poker wildly attempting to kill him and cuts off half of Cardinal's skull. Antonio uses Cardinal's voice to say everything is George's fault for cursing the Motorize family and bringing death to their home. Antonio then severely beats up George in Cardinal's body, attacking him with the poker several times.

Once Lisa Lisa arrives assuming George had died, she sorrowfully uses the Ripple to disintegrate Antonio and the corpse of Cardinal he was wearing.[2]