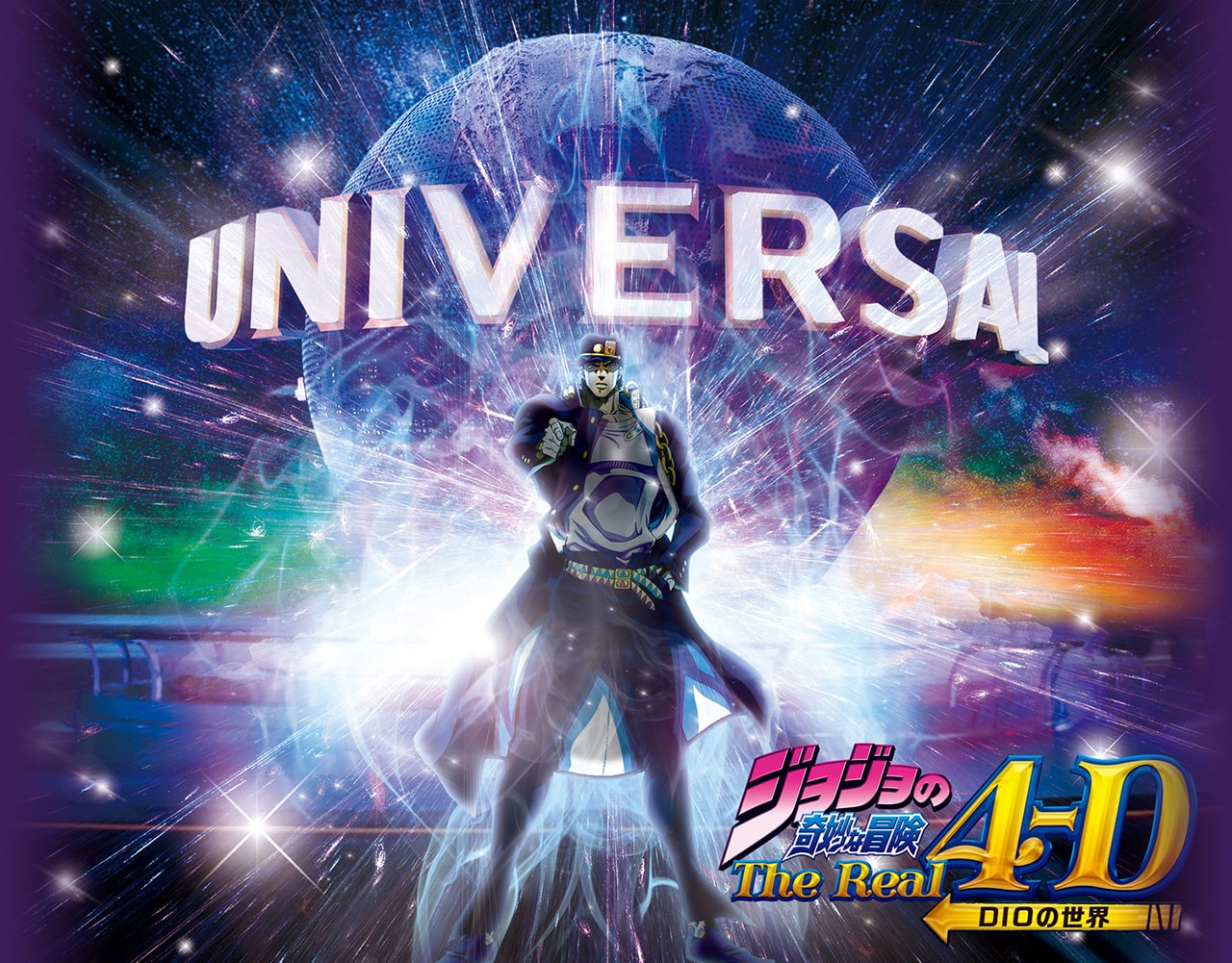 The attraction featured a CG-animated movie adapting the fight between Jotaro and DIO, presented as a 4D film. The event was held from June 30 to October 1, 2017.

The attraction featured it's own original story depicting the final fight between Jotaro Kujo and DIO in the streets of Cairo, from a completely new perspective.

Attendees were able to experience the high speed battle on stage through all five senses, ranging from authentic wind-generating stand clashes to the moment time is stopped.[1]

The viewers play the role of field agents from the Speedwagon Foundation sent to Egypt to help Jotaro Kujo fight against DIO. After a brief synopsis from Joseph Joestar, the viewer is equipped with a jetpack, UV rifle, and a special set of goggles that allows the user to see Stands.

Dropping out of a helicopter, the viewers arrive to see Jotaro confronting DIO right after Joseph's death. The view changes to Jotaro's first person view as Star Platinum and The World exchange punches. As the two fly into the air, the view returns to the Speedwagon agent, who fails to hit DIO with the UV rifle as he activates The World's time stopping ability.

The camera returns to Jotaro's view, who becomes stopped in time as DIO throws several knives at him. Blocking a few, Jotaro is hit several times before a final knife to the head sends him crashing to the ground below.

Returning to the agent, he follows them and finds DIO about to attack Jotaro with a sign post. Firing the UV rifle again, DIO easily avoids the attack and appears before the viewer, attempting to kill them with the sign post. Jotaro intervenes and blocks the post with Star Platinum, before punching DIO away.

Jotaro and the agent fly towards where DIO landed, only to find that he has increased his power by absorbing Joseph's blood. The viewer once again sees through the eyes of Jotaro as Star Platinum and The World once again through punches, with Jotaro able to land a volley of hits directly on DIO. This proves to be not enough, and DIO stops time and knocks Jotaro to the ground.

Bragging, DIO stops time again and tries to crush Jotaro with a road roller. After apparently being crushed, viewers once again look through the view of the Speedwagon agent, who is watching from a distance. Using the UV rifle's scope, the viewer sees that Jotaro has survived the attack and knocked DIO down.

As they approach, the agent arrives in time to see DIO squirt blood into Jotaro's eyes, blinding him, as the former gets back up. Star Platinum and The World exchange final blows, ending with The World's leg exploding and DIO bleeding profusely. Taking this opportunity, the Speedwagon agent blasts DIO with the UV rifle, killing him. Joseph, Jotaro, and Star Platinum give the viewer a thumbs up, thanking them for their help, and the screen fades to black.

Differences from the Canon

Aside from the most noticeable, that the Speedwagon Foundation sent special agents to kill DIO, there are several other details that differ from the manga and anime: