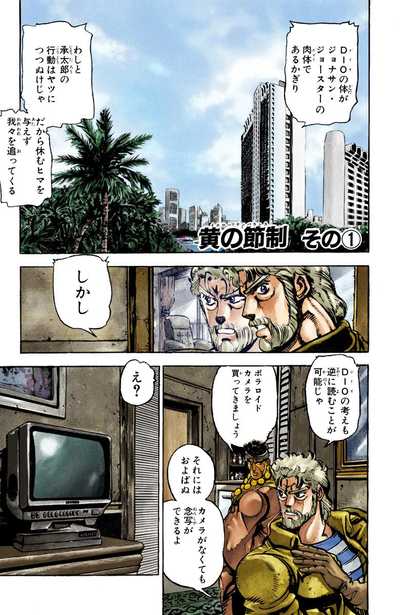 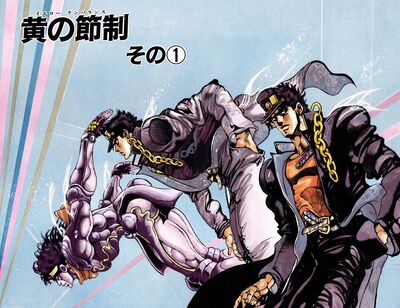 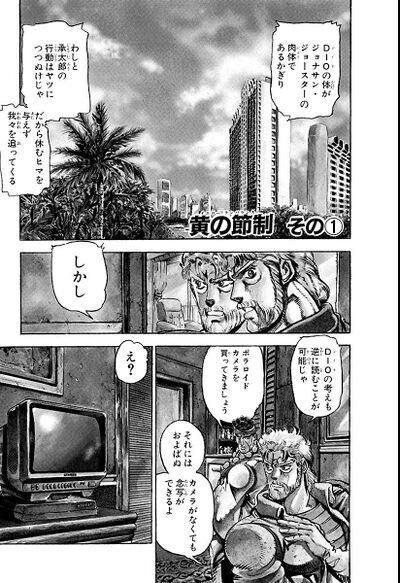 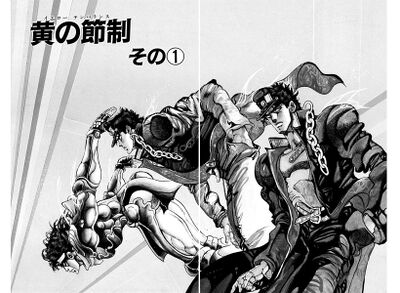 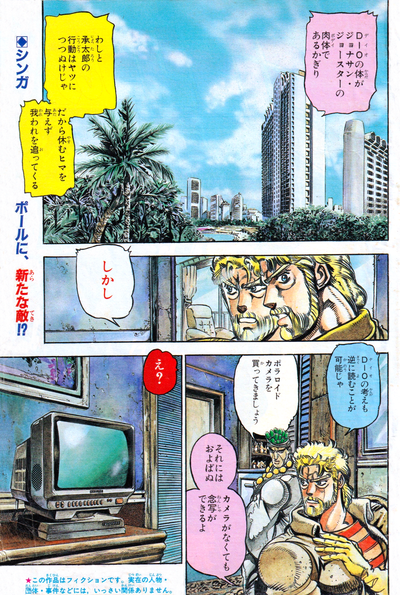 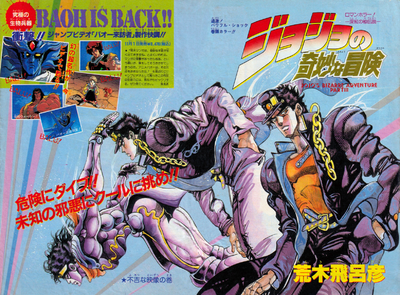 Author's Note
“
I'll be attending the Miyagi Anime Carnival Convention. Sendai is my home town, so I'm looking forward to it. See you there.
”
—Hirohiko Araki
“
アニメ宮城大会に、出席します。仙台は故郷なので、今から楽しみです。ヨロシク
”
—Hirohiko Araki