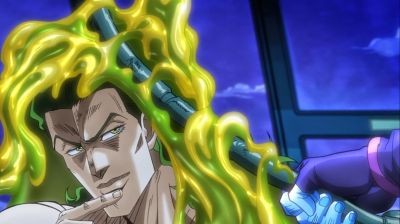 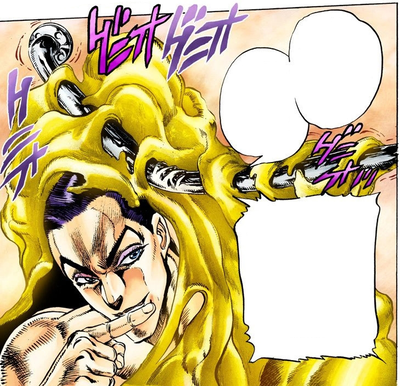 It narrates the ambush of Jotaro by Rubber Soul in the streets of Singapore.

With their bodies tired from the recent experience, the group decided to stay a day in Singapore. With Kakyoin's personality quite different, Jotaro immediately became suspicious and punched him, revealing Kakyoin to be an impostor named Rubber Soul, a Stand user who could use his goo-like Stand, Yellow Temperance, to form into any shape or being.[1]

Jotaro began to fight him until Rubber Soul begged for his life and told Jotaro about the killer of Sherry, J. Geil, whose ability involved mirrors. Rubber Soul then tried one final assault on Jotaro, but it failed. He tried to give Jotaro another plea of forgiveness, but Jotaro gave him another barrage of attacks. Jotaro later joined back with the group, including the real Kakyoin, in order to get on a train to their next destination, India. Unbeknownst to Jotaro, Anne, who had developed a crush on Jotaro, was following them closely.[2]