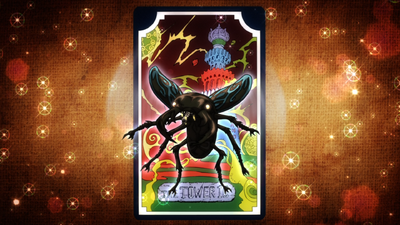 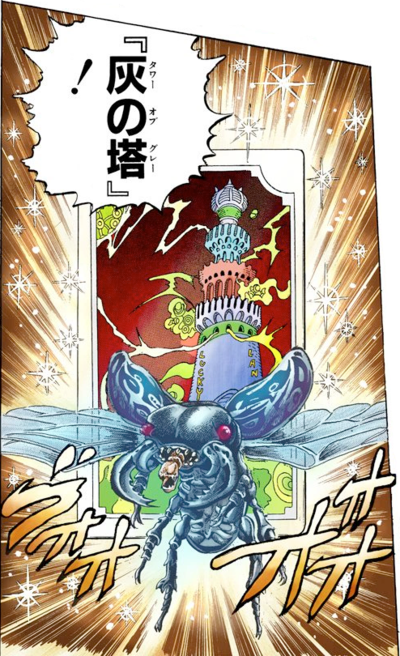 It depicts the fight against the stag beetle Stand Tower of Gray and its user Gray Fly, who infiltrates the Joestar group's plane to prevent them from reaching Cairo, Egypt.

The group immediately notices a large stag beetle flying around the cabin. Feeling threatened, Jotaro attacks it with Star Platinum. However, the bug pierces Star Platinum's hand with a proboscis, heading for its mouth.[1]

Kakyoin, fearing that Magician's Red and Star Platinum would endanger the passengers, decides to fight him alone. He throws several Emerald Splashes at the Stand, but it dodges them all. While Tower of Gray is about to finish him, Hierophant Green uses the tentacles he had hidden under the seats to pierce through the bug-like Stand. A bug-shaped wound appears on the Stand user's tongue, then his head and tongue split in two. He was an old man, a passenger of the plane.[2]