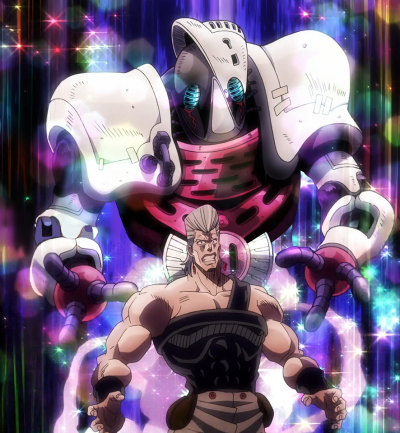 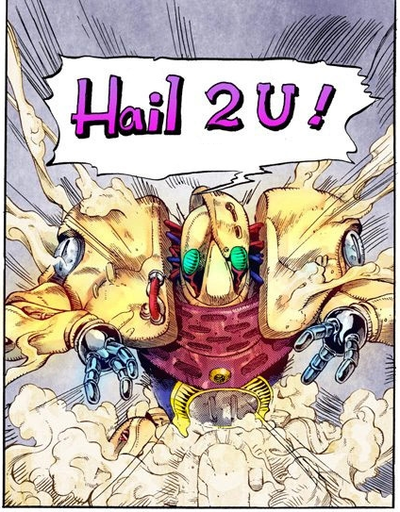 Judgement (, Jajjimento) is the sixteenth story arc in Stardust Crusaders.

It narrates Polnareff's encounter with the so-called genie Judgement, and the return of Avdol.

The group arrives on an island in the middle of the Red Sea to seemingly meet Avdol's father. Polnareff then meets Judgement who grants him three wishes. Polnareff wishes for riches which he gets, and then wishes for the revival of his sister Sherry and his friend Avdol. When the zombies of Sherry and Avdol attack him, Polnareff cannot bring himself to hurt them and lets himself die. However, the real Avdol saves him and defeats Judgement. Then the two defeat Judgement's user.[1]