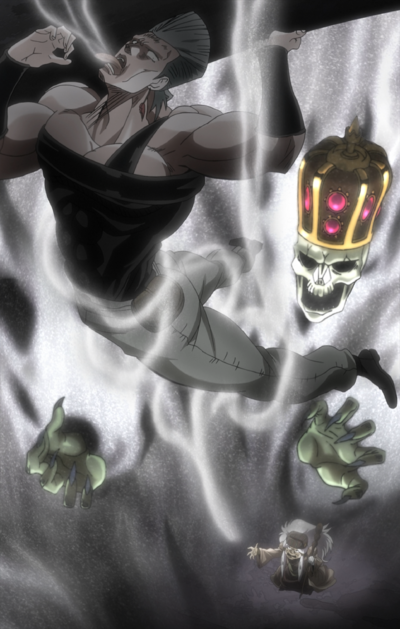 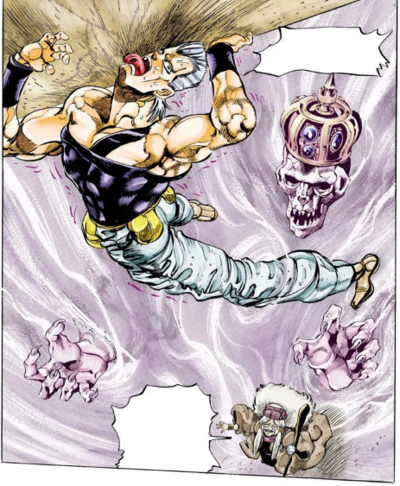 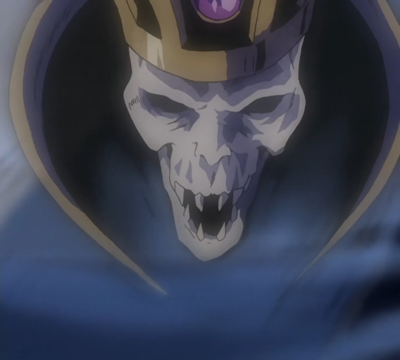 It narrates the Joestar Group's encounter with Enya the Hag, who feigns being a gentle hotel owner to get the opportunity to kill Polnareff.

After being defeated, ZZ begs for forgiveness, but is chained to a rock anyway as punishment. After forcing Anne to go back home, the Joestar group comes across a town where no one seems to care about one dead body in the middle of the road. They are greeted by Enya, who poses as a friendly old woman before turning against them with her Stand Justice. Even though Justice controls dead bodies and manages to defeat both Jean Pierre Polnareff and Hol Horse, this is not enough to beat Star Platinum. He sucks the fog Stand, preventing Enya from breathing and eventually making her pass out.[1]