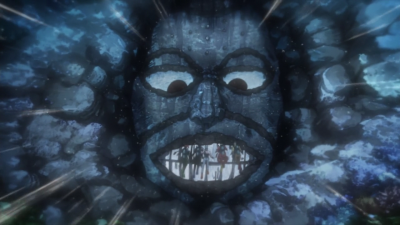 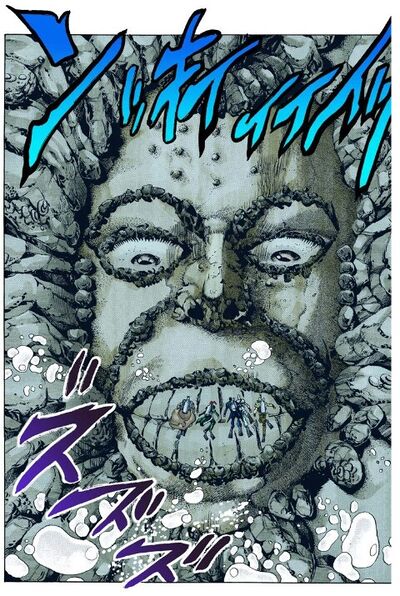 It narrates the Joestar Group's crossing of the Red Sea inside a submarine and their ambush by High Priestess.

When Polnareff happily presents Avdol to the group, they reveal that Avdol never died in the first place and that they faked his death so that he could operate in peace. Avdol then tells that he's bought a submarine under the guise of a rich Arab so that they can stealthily cross the Red Sea.[1]

In the submarine, the group is attacked by High Priestess, which can fuse with metal and rock. It sinks the submarine, forcing the heroes to swim out of the submarine. High Priestess then fuses with the sea floor itself, becoming a giant face and gulping the whole group inside its mouth. However, Jotaro destroys High Priestess' teeth with Star Platinum, defeating its user. The group arrives in Egypt.[2]