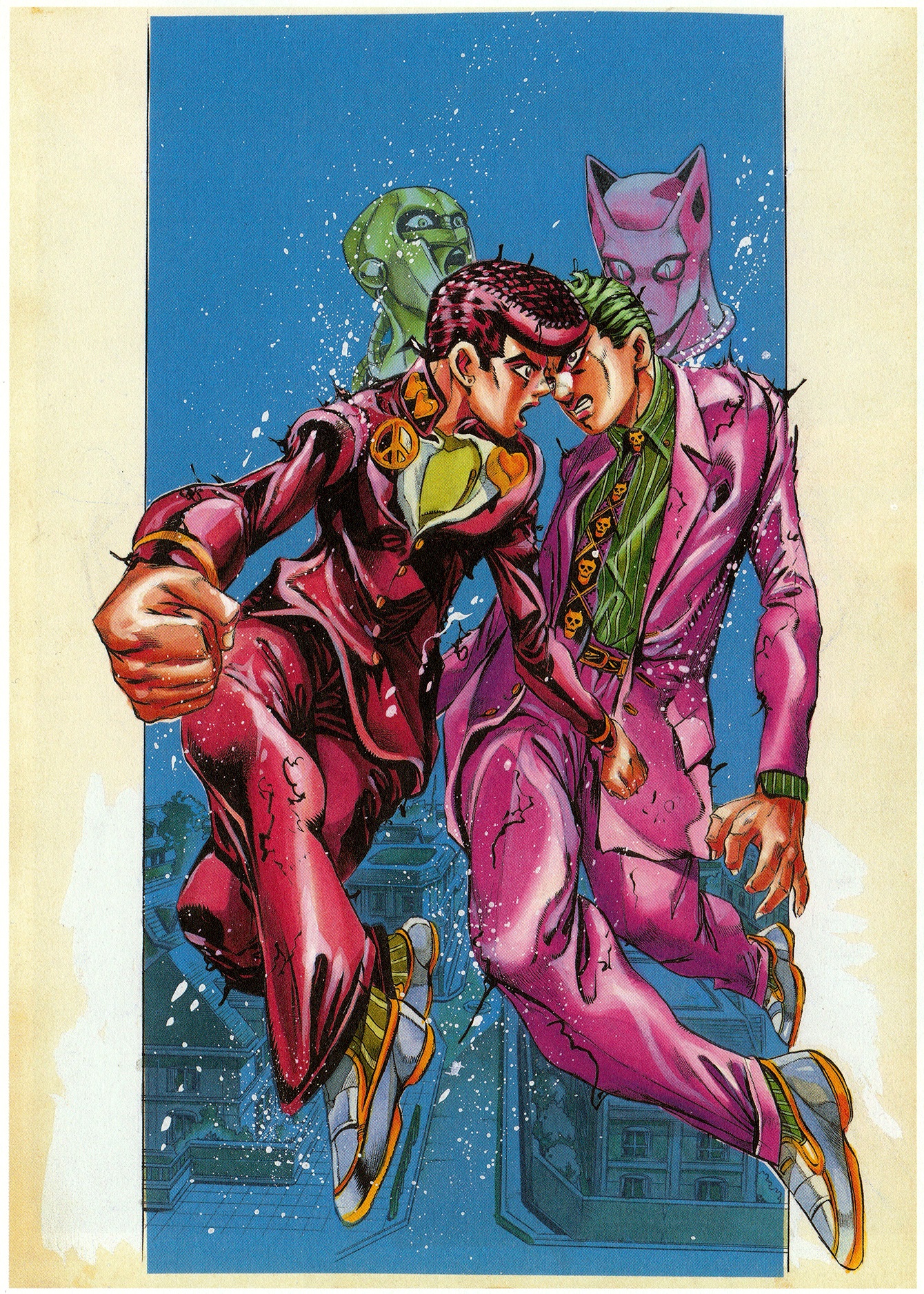 Kira, unwilling to accept defeat, is pummeled out into the neighborhood sidewalk. Kira attempts to use Bites the Dust again and escape.[3]