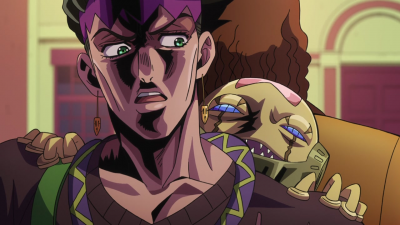 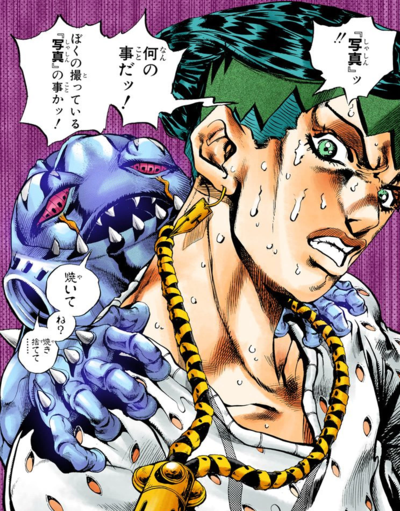 It narrates the predicament of Rohan, on whose back is attached the malevolent Cheap Trick, and who will die if anyone sees his back.

An adaptation of the story arc was produced as a TV Drama and broadcasted on December 28, 2021.

Rohan notices a photograph of Hayato filming his father. His investigation is interrupted when he welcomes Masazo Kinoto, the architect supposed to repair his house. Masazo hates having his back being seen and Rohan cannot resist the temptation to look. He inherits the Stand Cheap Trick which attaches itself to Rohan's back and will kill him if anyone sees it. With Koichi's help, Rohan uses the malicious spirits of the ghost alley to get rid of it.[1]